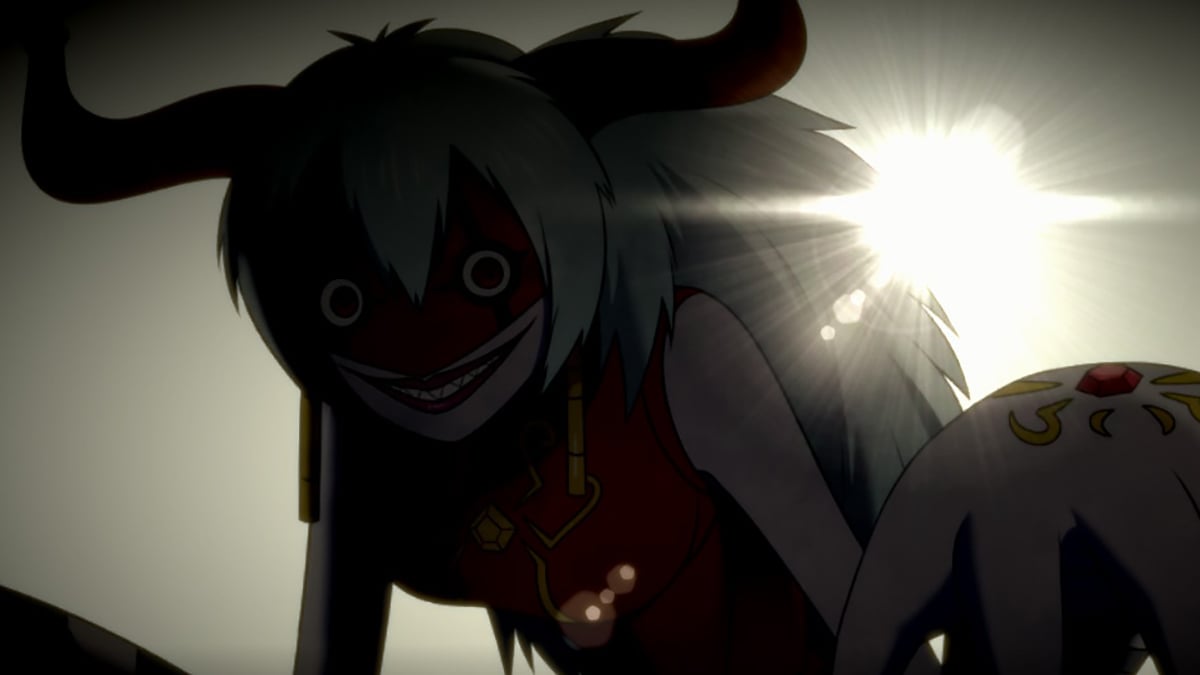 Arukenimon is the main antagonist of Part 3 in Digimon Survive. It wants to capture and sacrifice every character you’ve encountered so far and almost does a great job of it. To continue with the story, you’ll need to face it in the toughest fight in the game so far. This guide explains how to defeat Arukenimon so you can push forward into Part 4.

Related: How do equipment crystals work in Digimon Survive? Answered

Arukenimon is a hard boss to defeat because you start it on the back foot. If you decide to believe the Unfamiliar Woman in the previous scene, then you’ll only have Kaito and any Digimon you’ve captured so far to battle with at the start. However, if you choose to side with Kaito, you’ll also have Agumon, which is a big help. Regardless of how you start the fight, we recommend attacking the spider-like Digimon, the Dokugumon, first.

The Dokugumon are the Digimon hassling your friends in the webbed-up cable car. Arukenimon is standing on the cliff to the right. While you can head straight for the main boss, the fight goes in your favor if you choose to defeat the Dokugumon first. Fight them all off, and you’ll free everyone from the cable car, giving you a few more Digimon to use in the rest of the fight.

If you notice your Digimon suffering from any status effects, use an item to rid them of the effect quickly. This battle is incredibly tough, and you don’t need to make it any more challenging by adding a handicap to your Digimon. Keep your Digimon together and fight as a unit back through the webbing in the trees, then onto the land. You’ll need to defeat more Dokugumon as you do this, but eventually, you’ll be ready to battle Arukenimon.

The best way to deal with Arukenimon is to gang up on it with your evolved Digimon and hit it from every angle possible. If you can only get a hit from the front, go for it because the enemy could move round behind you and finish you off in the next turn. This battle is tense, and you’ll always feel as though you’re on the back foot. However, if you analyze Arukenimon and pay attention to its weaknesses, you’ll make this final part of the fight a lot easier.

Arukenimon is almost entirely resistant to psychic damage, so don’t try to hit it with that. You’re better off moving to the side or behind it and landing a normal attack. It’s also slightly resistant to earth attacks, but it can still deal a decent amount of damage. You want to hit it with electric damage, so Betamon is a really good Digimon to pull out in this battle. Pay attention to these stats and the amount of damage the enemy can deal, and you’ll beat it within five moves with two or three evolved Digimon.