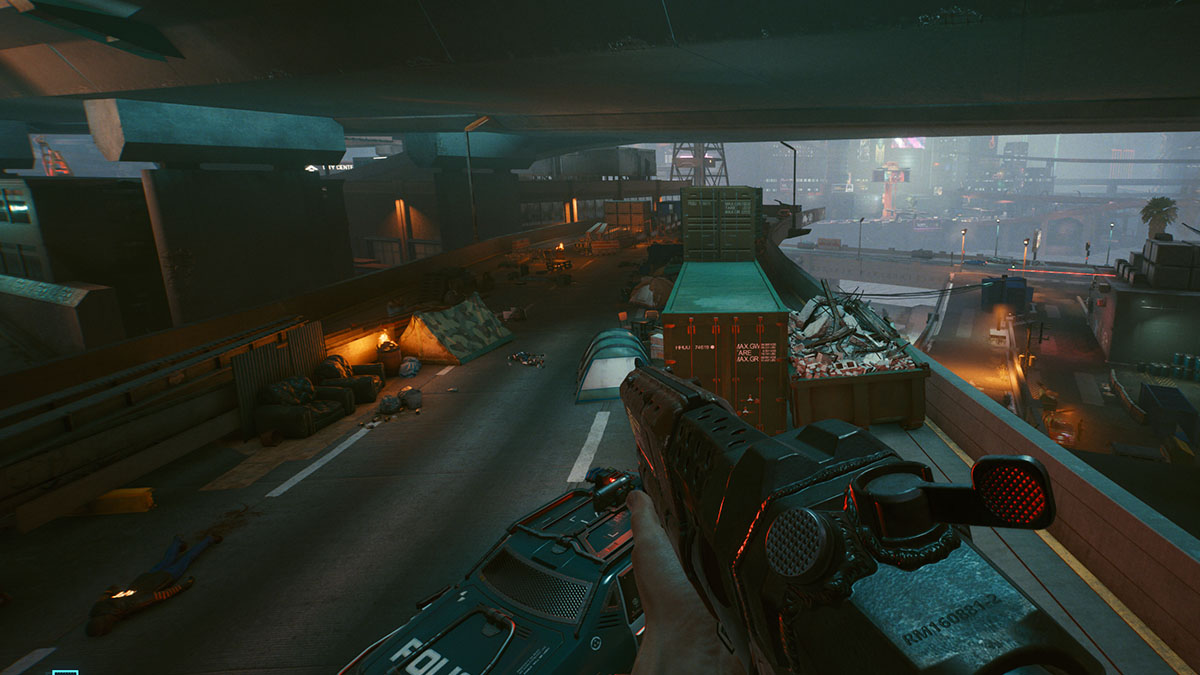 Matt Liaw is a man who can no longer deal with the impact of all his implants in Cyberpunk 2077. He has gone Cyberpyscho on a bridge, and it is up to you to deal with him. You need to subdue him, but don’t worry, this just means he won’t actually die when you shoot him a lot.

Instead, he will flop over, and concerned parties can pick him up and bring him off for treatment. If you have already dealt with Lt. Mower, then this encounter is the exact opposite of that. Instead of trying to keep your distance, you want to get right up in his face.

Liaw is armed with a powerful sniper rifle, and he will pop your head like a grape if you give him the chance. Make your way down the bridge using the various containers and equipment as cover. When you get close enough, start popping shots at him.

If you have a weapon that will do some form of damage over time, then this is a lifesaver. You can land a few shots on him, then let his health bar burn away before you need to risk landing some more. Just make sure you pop some shots at him, then take cover again, because he isn’t shy about trying to give you a really bad headache with the sniper rifle.

Once Liaw is down, you will need to search for some clues that can be found in the blue container on the left side of the bridge in the search area. After you read the messages, call Regina to finish up the mission.