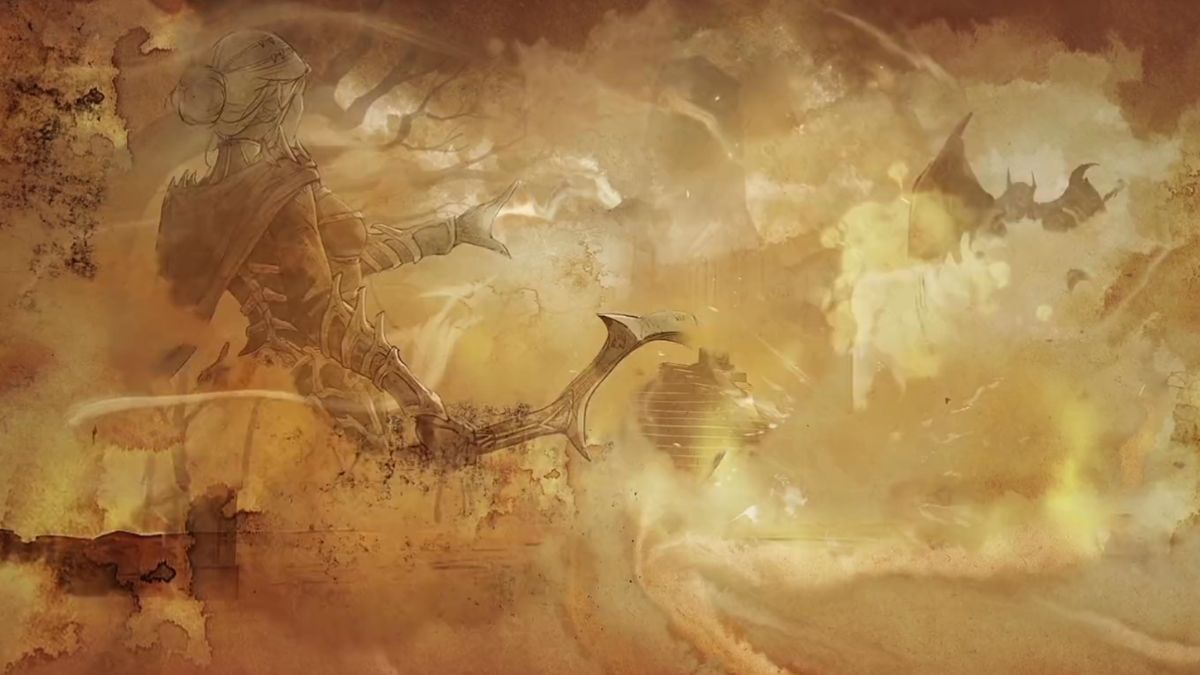 You’ve entered the Mad King’s Breach. Maybe you have a party with you or maybe you are going through it solo. Either way, you will want to keep your wits about you for the Skeleton King awaits you at the end. After a long battle through the dungeon, you will come face to face with this boney boss This multi-phase boss isn’t afraid to summon hordes of the undead to halt your progression. Be prepared adventurer. Here is how you defeat the Skeleton King in Diablo Immortal.

The Skeleton King has many different attacks that he will pull out during the fight. Luckily, most of his attacks are in the second phase, making the first phase rather easy. He does have a few standard attacks that aren’t too worrisome. These attacks involve him swinging his mace in front of him. They are easy to avoid as long as you are behind him or are attacking from a distance. The other attack he will use during his first phase is a slam. This move is easy to see coming thanks to the large AoE indicated that appears around him. Move out of the circle to avoid getting hit by the slam attack.

The second phase of the fight brings in more attacks that you will need to worry about. The second phase is indicated by the Skeleton King summoning his horse and mounting it. He will have some standard attacks with his mace where he swings it on either side of him. Stick to the front or back of him to avoid these swings. During this time, the Skeleton King will summon his minions to help in the fight. Clear them out to avoid any unnecessary damage.

There are two attacks that you will need to worry about during the second phase. The first comes in the form of another slam. This one is telegraphed by his horse raising up on its hind legs and an AoE indicator appearing below him. This area is a little bigger than the one in the first phase. Run out of it to avoid getting it. The other attack gives you less time to dodge, so you will want to keep on your toes. The other attack is a charge attack that is indicated by a rectangular AoE appearing in front of him. Run to either side to avoid getting hit. Getting hit with either attack can stun you for a brief period, leaving you open to attack.

The key to this phase is to attack from a distance if you can. If not, stick to the Skeleton King’s back since it is the safest area. Take out his minions when they appear. This will also get you health globes. Try to keep the Skeleton King around the center of the arena. This is because of the spectral fire walls that enclose during the fight. If the fight lasts too long, these walls will get closer and deal continuous damage over time.