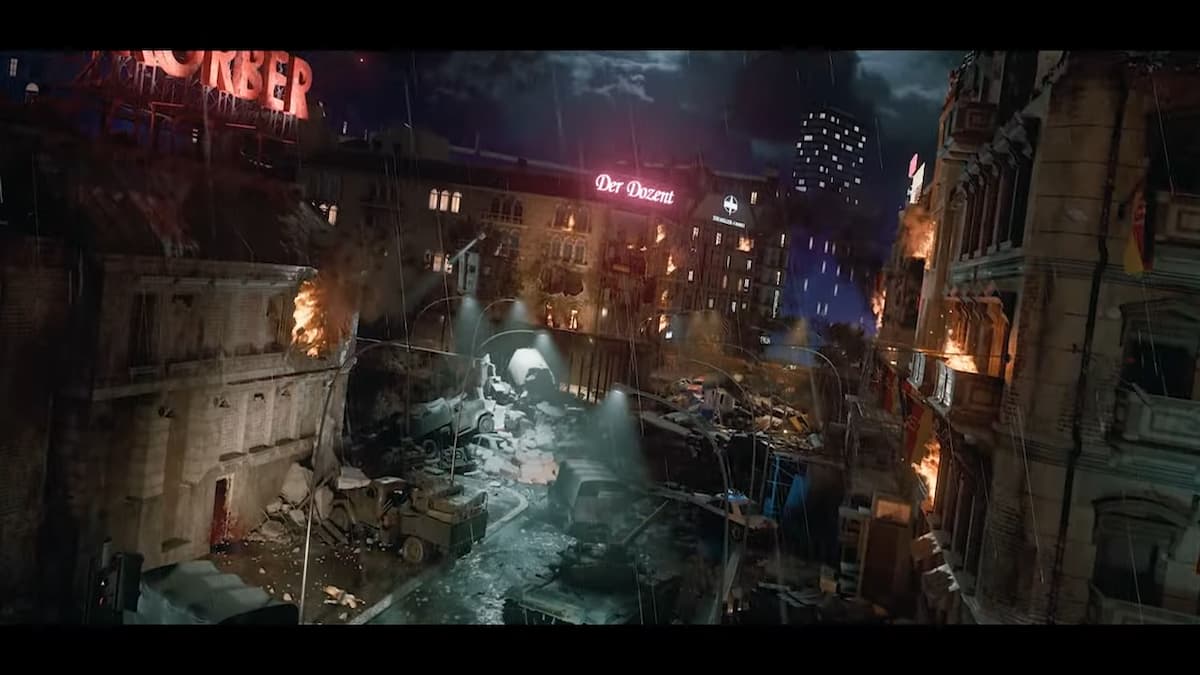 Most of the time, having good aim isn’t the most crucial feature to have while playing Call of Duty Zombies. Sure, headshots give more points, and it is always nice to be able to hit your shots, but with zombies always chasing you, it is not nearly as crucial of a skill set to have. However, this Easter egg will test your aiming skills and reward you pretty nicely if you pass. Here is how to do the moving target Easter egg in Mauer Der Toten in Call of Duty: Black Ops Cold War Zombies.

This Mauer Der Toten side Easter egg is very simple to pull off. That being said, we do recommend getting a weapon with a good sight on it since the later targets are far away, and you only have one chance at this. Also, we recommend doing this later in the match after you have upgraded your weapons a couple of times to at least Rare or Epic. This can only be done once per match and will give a reward for one player.

First, all you need to do is turn on the power. That is the only prerequisite required for this mini-game. Now head back to the spawn area in Apartment Rooftop. At the corner of the building looking over the street, you will see a folder.

Interact with the folder to pick it up, and some targets will begin moving one by one. You need to shoot each target before it reaches the end of its track, or you will fail and not be able to attempt this again until you reload Mauer Der Toten. Zombies will still attack you here, so have a friend hold a zombie, or if in solo, go to street level and quickly rappel up to the roof between Bar and Electronics Store.

There are five total targets to hit. They will always start up in this order one by one.

This is kind of hard to see, so look out for the movement.

If you have struck each target before it makes its pass, you will have an Aether Tool spawn where you are standing. Like in Outbreak, this item will immediately upgrade your weapon to the following damage tier up to Legendary.

With Epic and Legendary upgrades at the armory taking a lot of rare salvage, this is an excellent easy way to get the most out of your gun.