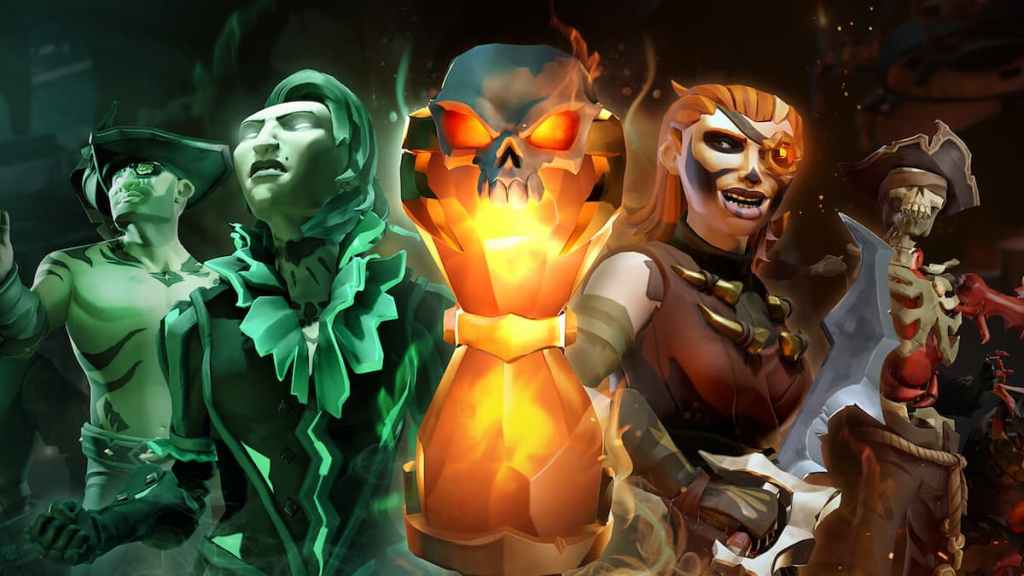 Sea of Thieves gives players the opportunity to support one — or both — of two familiar factions in the ongoing Battle for the Sea of Thieves. On one side is the Pirate Lord’s Guardians of Fortune, while on the other is Captain Flameheart’s Servants of the Flame. There are plenty of cosmetic rewards to be unlocked through fighting the good fight for either side, but for anyone unsure of how exactly to bump up your Allegiance for either faction in order to get those aforementioned rewards, here’s the lowdown.

How to earn Allegiance in Sea of Thieves

Allegiance in Sea of Thieves is simply a measurement of how much you’ve done for your chosen faction. In Season 8, there are a few things you can do to bump up your Allegiance, and unfortunately for any PvP-phobic pirates sailing the Sea of Thieves, they all start with pledging Allegiance to a faction at your ship’s Hourglass of Fate, opening yourself up to the targeted PvP elements of the new season. Still, this does mean that you can earn Allegiance and rewards for either or both factions.

The most direct and lucrative way of earning Allegiance for your chosen faction is by hitting up the War Map and taking the fight to opposing ships. Enter into the new season’s PvP battles and the matchmaking service should pair you up with an appropriately skilled adversary to take down in the name of your faction. Sink your enemy and you’ll gain a boost to your Allegiance. Naturally, you will also get the Allegiance reward if you survive an attack from an invading player too, and even if the winds don’t blow your way and you get sunk, you’ll get a small amount of “compensation” Allegiance for your trouble.

Build up a streak

Sinking ships is just the tip of the iceberg in Season 8. Should you continue to wreak havoc on the waves and sink multiple enemy ships without sinking yourself or returning to port, you’ll accrue Sands of Fate and build up a streak. The higher your streak, the better your rewards will be when you make it to an outpost and cash out your Hourglass of Fate rewards, so it’s a real risk vs reward calculation when it comes to how long you stay out on the high seas stanning your particular faction.

Once you hit a 4-ship streak, you’ll become a Champion for your faction, and be able to battle larger ships for more Allegiance. This cuts both ways, though — as a Champion, your location on the map will be revealed to the opposing faction, effectively putting a target on your back. This substantially raises the risk of being attacked and sunk, and any enemies, especially those of a lower ranking, will get a boatload of Allegiance for taking you down.

Digging up and cashing in chests

If PvP is staunchly not your thing, you can still get a small amount of Allegiance for finding and cashing in Faction chests at outposts. But the rewards from doing this are paltry compared to those for hunting down and sinking ships of the opposing faction.

However, faction treasure can play its part in a more substantial reward for the wary buccaneer. If you manage to defend your ship from an invading pirate while you have a large amount of faction treasure aboard, you’ll earn a much more impressive amount of Allegiance for your faction due to the amount of treasure you protected. However, this circles back around to the importance of PvP for accruing Allegiance, so pacifist pirates are pretty much out of luck unless they fancy a long grind of cashing in chests.