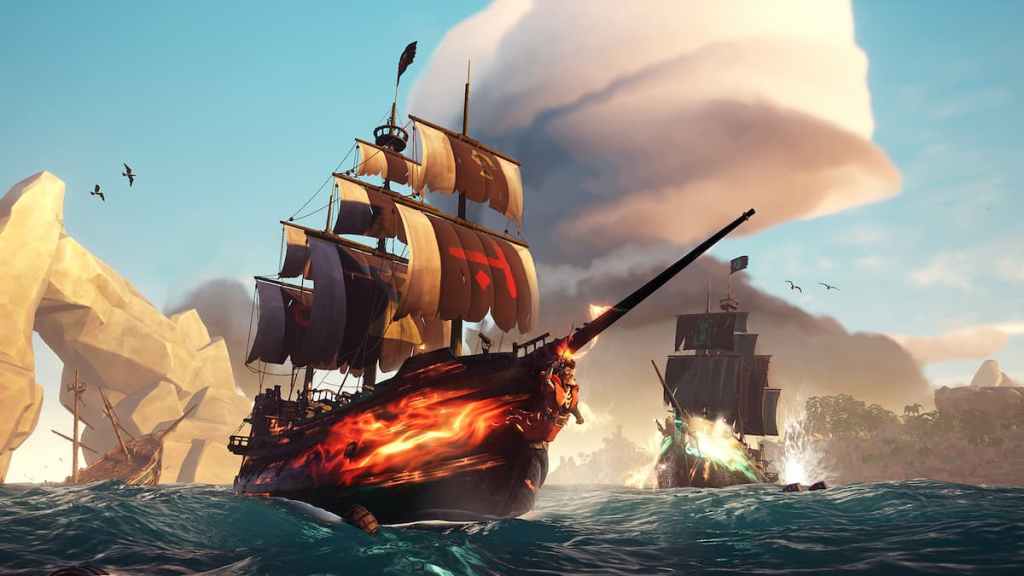 Sea of Thieves is host to a full-on war between two factions: the Pirate Lord’s Guardians of Fortune and Captain Flameheart’s Servants of the Flame. Aspiring pirates can opt into the game’s 1-on-1 PvP battles to build their reputation with their chosen faction, but only the bravest of the brave will be able to attain the rank of Faction Champion. Here’s how to do it — if you think you’re up to the task.

How to become a Faction Champion in Sea of Thieves

Becoming a Faction Champion is tied to the game’s new Allegiance system, in which players can build their Allegiance with a particular faction by sinking their opponents’ ships. Whether you’re defending your treasure from invading pirates or actively seeking them out using the Hourglass of Fate, you’ll start accruing Allegiance pretty quickly, but you’ll start racking up rewards even more swiftly if you start an Allegiance Streak.

The higher the streak you build up by sinking several ships in a row, the higher the multiplier applied to your Allegiance and Gold rewards. On top of that, once you hit a streak of 4, you’ll automatically become a Faction Champion, one of the most feared crews roaming the seas.

Why become a Faction Champion in Sea of Thieves?

There are a few perks associated with becoming a Faction Champion. First of all, the general benefits of maintaining an Allegiance Streak still apply, so you’ll be earning higher and higher rewards for each subsequent ship sunk. In addition, you’ll unlock the ability to challenge ships larger than your own at the War Table in the Captain’s Cabin, giving you the opportunity to earn even more Allegiance and Gold should you prove victorious.

However, becoming a Faction Champion is something of a double-edged sword as well. As soon as you ascend to the vaunted position, your location on the map will become visible to all members of the opposing faction on your server. In addition, your new status will act as an incentive to your enemies to seek you out and sink you, as you’ll grant them more rewards should they send you Davy Jones’ locker. If you start feeling the heat too much, remember that making a beeline for an outpost and cashing out your rewards is always an option.