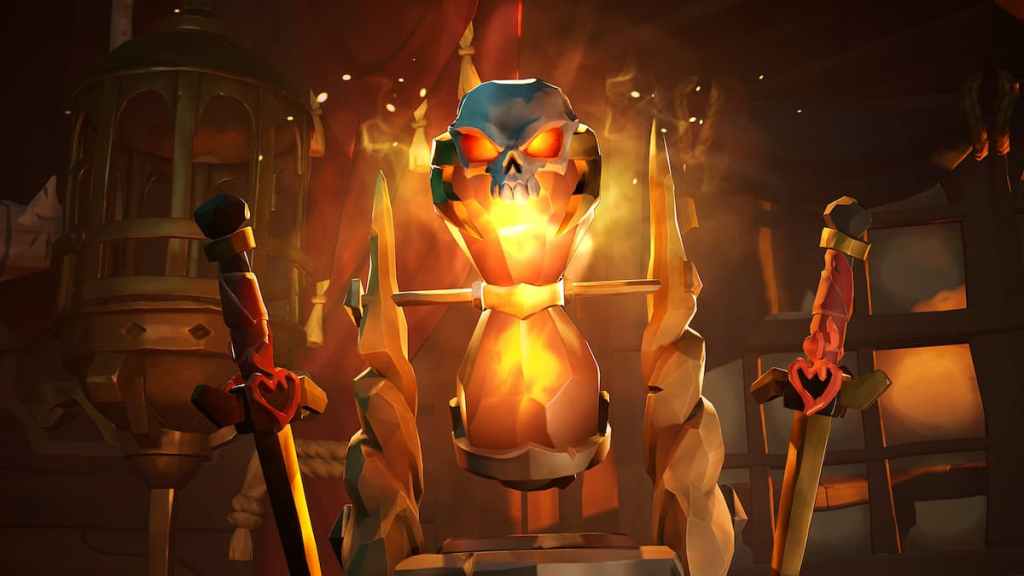 Season 8 of Sea of Thieves introduced Allegiance and the Hourglass of Fate, all of which are intertwined with the ongoing Battle for the Sea of Thieves between the Pirate Lord’s Guardians of Fortune and Captain Flameheart’s Servants of the Flame. Players can choose to ally themselves with one or other of the new factions, taking on PvP ship battles for the reputation of their chosen patron.

There are various ways to earn Allegiance in Sea of Thieves, most of which come down to the new PvP elements and sending members of the opposing faction to the briny depths. But for the most lionhearted pirates taking to the seas, there are extra rewards and opportunities at play with Allegiance Streaks and the Hourglass’ Sands of Fate. Here’s what you need to know.

What are Sands of Fate in Sea of Thieves?

Sands of Fate are a special item received after sinking opposing ships. They essentially equate to a Gold value for your Hourglass of Fate for fighting on behalf of your chosen faction, but you can only cash it in once you reach an outpost and vote to leave the fight. If you get sunk by an enemy before reaching port, all your accumulated Sands of Fate will be lost.

Sinking ships is the primary way of racking up Sands of Fate, but there are ways of increasing the payout. If you take down a higher-level ship, or an opposing faction Champion ship, you’ll receive more Sands, and you can also increase the amount of Sands of Fate you receive by getting an Allegiance Streak going. Once you vote to end fighting for your faction at an Outpost, your payout will depend on how many Sands of Fate you’ve accumulated.

Related: How to claim Sea of Thieves Twitch Drops (Season 8)

What are Allegiance Streaks in Sea of Thieves?

Players in Sea of Thieves can start an Allegiance Streak simply by sinking more than one enemy faction ship before returning to an outpost and cashing out their winnings. Each subsequent ship sunk will level up your streak and increase the amount of Allegiance and Sands of Fate that you’ll win for overcoming your opponents, but it’s very much a risk-and-reward situation — should you yourself be sunk before you can return to harbor, you’ll lose all your Sands of Fate and get nothing but a small amount of “Compensation” Allegiance.

Attaining an Allegiance Streak of 4 will mark you as a Champion for your faction, which unlocks the option to seek out and take on ships larger than your own for increased rewards. However, becoming a Champion also reveals your ship’s location to all opposing faction members on your server, essentially putting a target on your back. The higher your streak, the more Allegiance your enemies will earn for sinking you, so it’s a delicate game of cat and mouse to toe the line effectively.