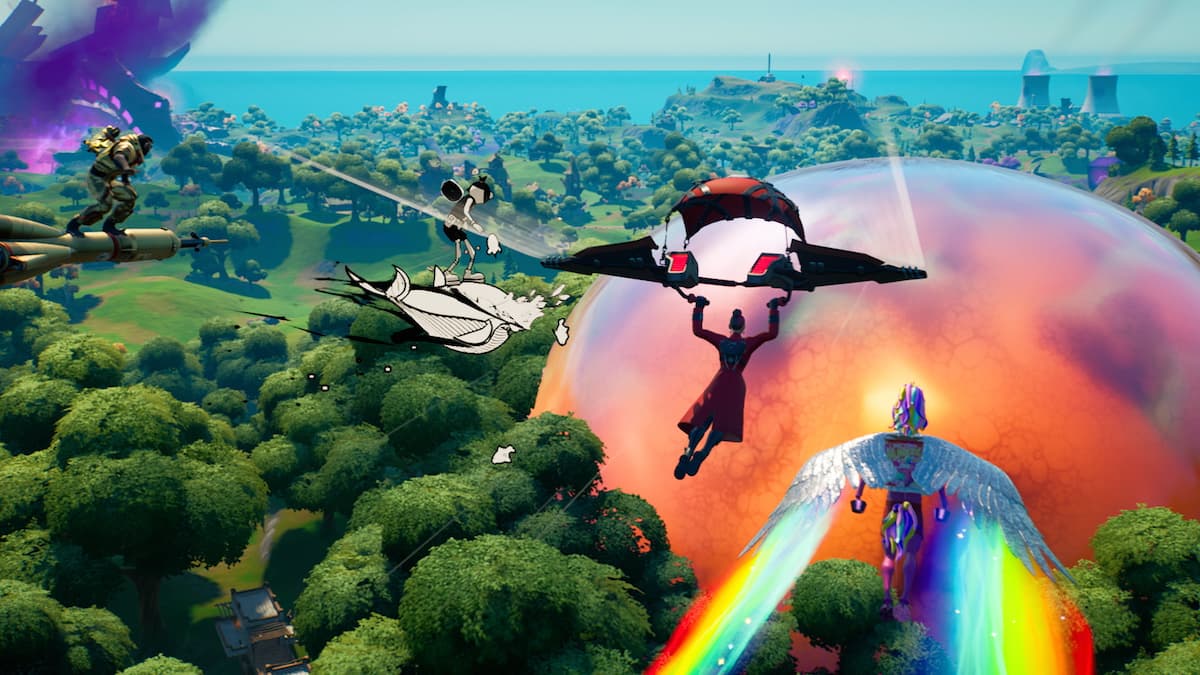 Fortnite Chapter 2 Season 8 has introduced a new mechanic to the game, a place called the Sideways. The Sideways is a hellish place, filled with dangers, but players will need to go there for all kinds of reasons.

The Sideways can be entered two different ways, both of which are random, so you will need to pay close attention to the map at the start of a round.

The Sideways Zone is a main POI that will be taken over by the Sideways each round. It will look like a giant, orange dome has been placed over the area. If you go inside, you will find yourself in a strange place, filled with monsters. In most ways, the layout of the area will be the same as it normally would, but some strange rocks might fill parts of it.

The Sideways Zone is also filled with special purple chests that only appear in the Sideways, and you can get some excellent new weapons from them, like Miniguns. They also tend to draw a lot of players, so be careful.

The map will also have Anomalies all over, which look like small areas of purple and yellow swirls. These denote smaller versions of the zone, and when you get near them a Sideways encounter will begin. Sideways encounters are fun PvE moments that can reward you with a nice weapon.