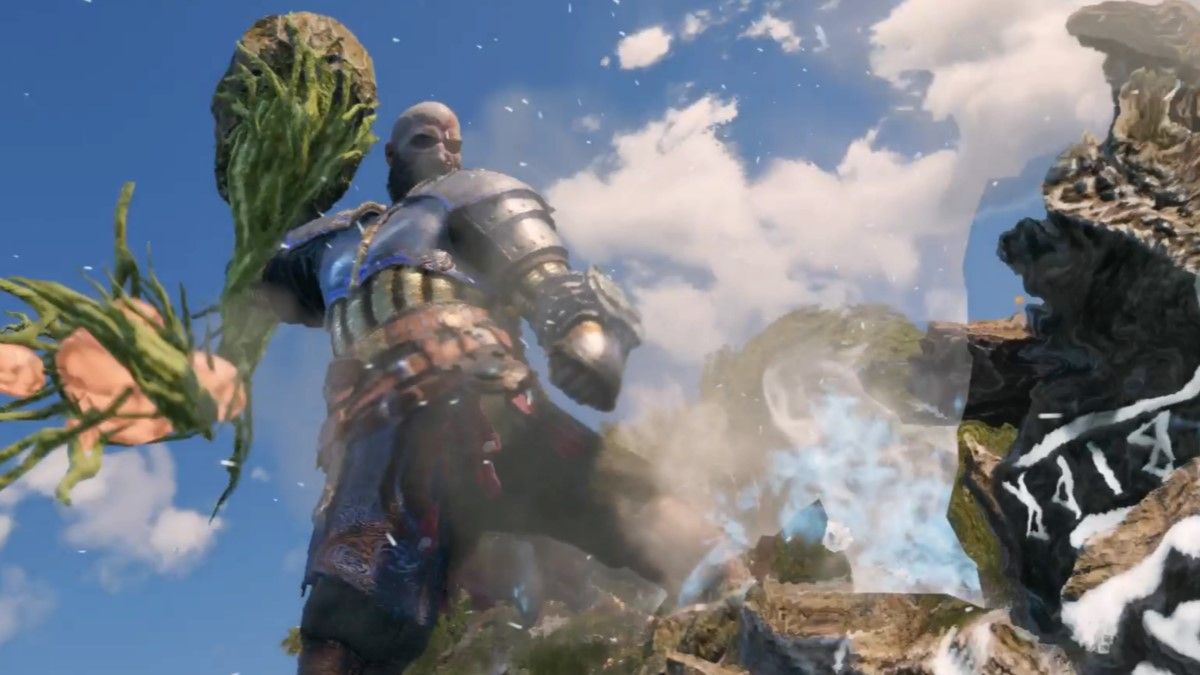 In God of War Ragnarok, In Plain Sight is a Favor side quest that takes place in The Plains region of The Crater in the realm of Vanaheim. To access The Crater, you first have to complete the Creatures of Prophecy goal on The Path main story quest line, then the Scent of Survival side quest Favor.

Related: What are the undiscovered collectibles in The Plains in the Vanaheim Crater in God of War Ragnarok?

How to start In Plain Sight

Start the In Plain Sight quest by interacting with one of the two animal carcasses on the east side of the large pond between the Crater Entrance and Overgrown Tower Mystic Gateways. One of the carcasses is a wildebeast, and is behind some rocks at the southern end of the pond area, and the other is a boar at the northern end.

How to find the Soul Eater

Once you’ve found and examined both carcasses, you can now look for the Soul Eater itself. There are actually two different locations at which it can appear. It looks like a pile of rocks with runes on it, and you can find it either by a pillar in the southwest corner of the pond, or near some bones in front of a thick-trunked tree on the east side of the pond. If you can’t see it in either location, try using the Celestial Altar to change the time of day, then looking again.

How to defeat the Soul Eater

To trigger a fight with the Soul Eater, simply attack it while it’s still a pile of rocks. Don’t bother using any combos or special attacks on it, as your blows will do no damage to its rocky body. Instead, back off to a safe distance and wait for its chest top open. Hit the opening with ranged attacks (your Draupnir Spears and Atreus’ arrows are best), then quickly dodge to the side to avoid its ranged attacks.

Once you’ve hit it enough times, it’ll collapse and you can press R3 to jump on it, then use R1 and R2 to dish out some punishment. Repeat this pattern until the Soul Eater is dead to complete the In Plain Sight side quest Favor.