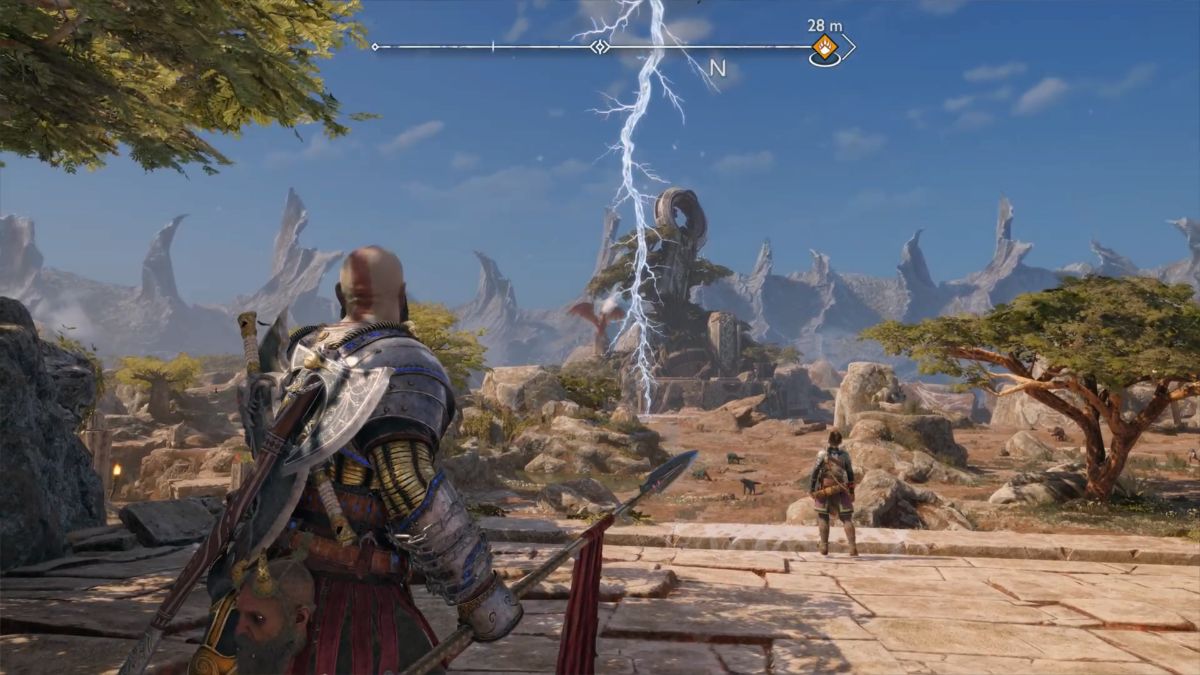 In God of War Ragnarok, The Crater is a hidden region that you can explore after you complete Creatures of Prophecy, the thirteenth goal on The Path main story quest line. After completing Creatures of Prophecy, you return to Freyr’s Camp in Vanaheim, and from there, you can follow Helka (the dog that looks a bit like a pig) on the Scent of Survival side quest Favor, which takes you to The Crater.

Related: How to defeat The Flame Phantom at The Crater in God of War Ragnarok

The first region of The Crater that you visit is The Plains, and it’s a large region with many collectibles. Check your map after you’re notified that you’ve discovered The Crater, and you’ll see the following: two Nornir Chests, one Legendary Chest, one item of Lore, five of Odin’s Ravens, two Dragon Hunts, and six “Undiscovered” collectibles.

What are the undiscovered collectibles in The Plains?

How to get the Buried Treasure in The Plains

Before you can get the Buried Treasure, you first need to complete The Jungle region, which will flood The Plains, creating a river that transforms an unreachable pillar west of the Crater Entrance Mystic Gateway into an island reachable by boat. On that island, you’ll find the A Scar is Born Treasure Map, and once you have that, you can find the Buried Treasure at the mouth of the circular archways northeast of the Crater Entrance Mystic Gateway.

How to get the Yggdrasil Rifts in The Plains

One Yggdrasil Rift is on the same island as the A Scar is Born Treasure Map, and another is on the north side of the area where you fight The Crimson Dread during the For Vanaheim! Side quest Favor (north of the Overgrown Tower Mystic Gateway), and the other is near the Eastern Plains Mystic Gateway, and can only be reached after you’ve completed The Jungle and flooded The Plains.

How to get the Draugr Hole in The Plains

The Draugr Hole can only be reached after completing The Jungle and flooding the plains. It is on the far side of the river, north of the Eastern Plains Mystic Gateway.

How to get the Epic Hunts in The Plains

The first Epic Hunt is the objective in the In Plain Sight side quest Favor, which begins when you interact with one of the two animal carcasses on the east side of the pond between the Crater Entrance and Western Plains Mystic Gateways. Once you’ve interacted with both animal carcasses, the Soul Eater will appear somewhere in this area. Either on the east side of the pond, close to the northernmost of the two carcasses or in the water on the west side, next to a broken pillar. It’ll look like a pile of rocks covered in runes. Attack it, then defeat it to get the collectible.

The second Epic Hunt is the objective of the Nocturnal Predator side quest Favor, which begins when you capture one of the Wisps in the open area north of the Crater Entrance Mystic Gateway (you can only do this at night). The Wisps will be creating a purple glow around three dying animals. Hit them with a Runic Attack from your Blades of Chaos (L2, then R2) to scare them away and capture them. Capture all three to complete the Epic Hunt.

How to get the Casualties of War in The Plains

Each Casualty of War is a separate side quest Favor. In each one, you must speak to a ghost to start the Favor, then find something for them to complete it. The first ghost is a short distance northwest of the Crater Entrance Mystic Gateway, and the Brooch is east of the same Mystic Gateway. The second Casualty of War (The Stein) starts in The Jungle, but the Stein is in The Plains in the area west of the Overgrown Tower Mystic Gateway. And the third ghost is inside a cave in the southwest area of The Plains, while the Scroll is north of the Celestial Altar.

How to get the Seasonal Stags in The Plains

The Seasonal Stags are the objectives in the A Stag for All Seasons side quest Favor, which starts when you speak to the squirrel close to the Celestial Altar and the Overgrown Tower Mystic Gateway (or speak to Ratatoskr at Sindri’s House after discovering The Crater). Either way, you have to speak to Ratatoskr to get the Yggdrasil Leaves. The two Seasonal Stags in The Plains are at the Overgrown Tower Mystic gateway, and on the south side of The Plains in an area inaccessible until you complete The Jungle and flood The Plains.