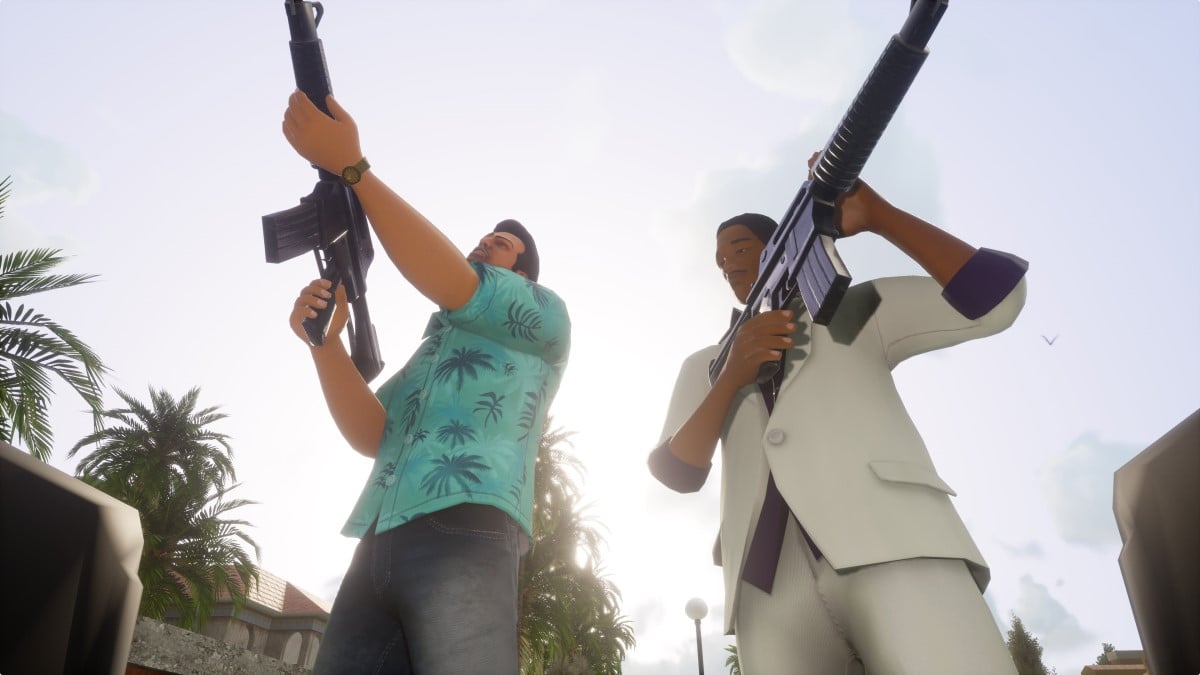 To get 6 wanted stars in GTA Vice City: Definitive Edition, you either need one of the two armored military vehicles – the Rhino tank or the Hunter helicopter — or you need some weapons and a good spot to make a stand-off against the cops.

The Rhino is unlocked after you collect 90 hidden packages and can be found at the Fort Baxter Air Base north of Escobar International Airport. Getting 6 stars when you’re in the Rhino is pretty easy, but bear two things in mind. First, you can quite easily get pulled out of the tank and busted if you get stuck somewhere, so stick to relatively open areas where this is less likely to happen. Second, killing vehicles by colliding with them doesn’t count towards your wanted level, so make sure to keep an eye out for law enforcement vehicles ahead of you and use the cannon to destroy them before they collide with you. Running over cops on foot does still count, though.

There are two Hunters in Vice City. The one in the Fort Baxter Air Base is unlocked when you either collect 100 hidden packages or complete the final story mission, Keep Your Friends Close. The one on the helipad on the southern tip of Ocean Beach is unlocked when you complete Keep Your Friends Close. Getting a 6-star wanted level in the Hunter is easy — just blast everything in sight, and don’t crash.

If you want to get a 6-star wanted level without collecting lots of hidden packages or completing lots of missions, then the best thing to do is to gather some weapons and head to the West Haven Community Healthcare centre, which is in Little Havana, almost directly opposite the bridge to Starfish Island. Stand at the top of the steps and start shooting people. When the cops come, shoot them too. When the police helicopter comes, hide at the top of the steps, and it’ll go away. If no police or feds come, run out into the road to lure them out. If you get hurt, there’s a health pick-up right here that respawns frequently. It’s possible to get to 6 stars in just a few minutes at this spot.