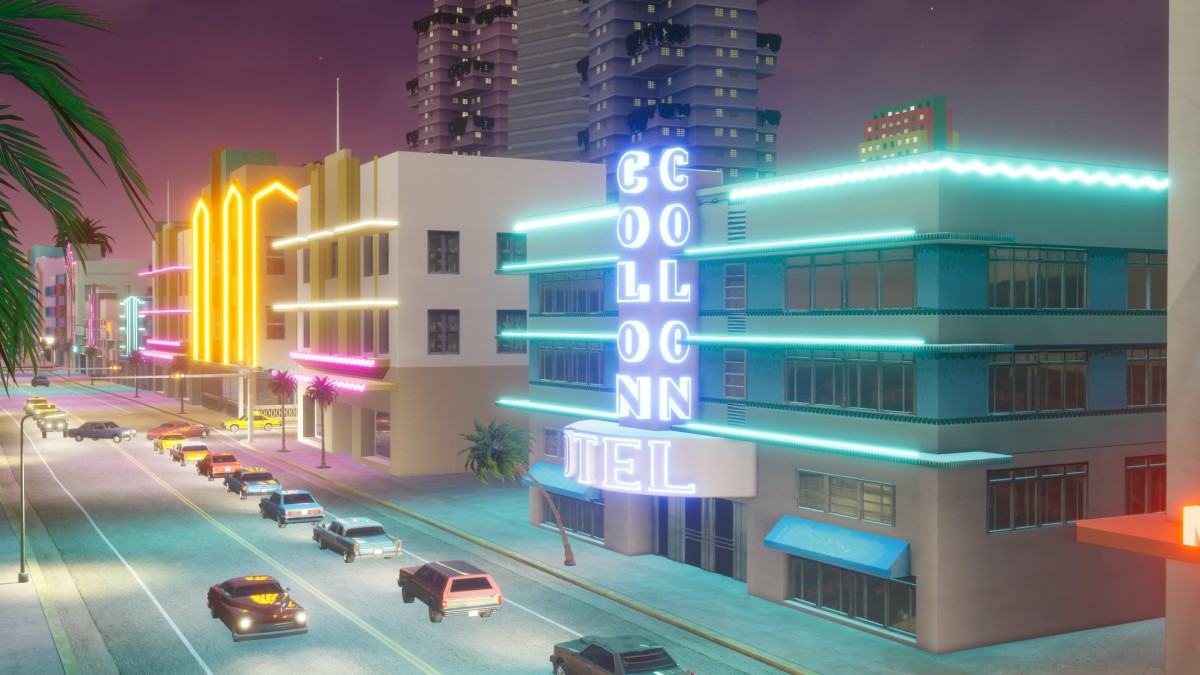 To get a Rhino tank in GTA Vice City: Definitive Edition, you have to collect 90 hidden packages or get a six-star wanted level and hijack one. Collecting 90 hidden packages could take a long time, but it’s not dangerous or challenging. Once you’ve collected them, the Rhino will appear at the Fort Baxter Airbase, north of Escobar International Airport. The soldiers in the base will attack with assault rifles as soon as you enter it, so it’s best to max out your health and armor, then land a helicopter right next to the Rhino. Once you’re in it, get immediately moving so that they can’t drag you out of it again.

Hijacking a Rhino when you have a six-star wanted level is a riskier, possibly quicker, arguably more fun way of getting one. You can’t just open the door and throw the driver out like you can a civilian vehicle. You have to somehow lure the soldiers inside the Rhino into coming out so that you can kill them and drive off with their tank. They generally much prefer to remain inside, so getting them out requires a bit of skill, strategy, and luck.

You want to position yourself somewhere where the Rhino will get stuck trying to run you over, but not so stuck that you won’t be able to drive it away without getting busted. Sunshine Autos is a good spot for this because of its large windows and spacious upper floor.

Once you’ve got a Rhino, you’ll want to keep it, but not that only three of Vice City’s locations have large enough garages to fit a Rhino inside: Sunshine Autos, Tommy’s Mansion, and the Hyman Condo.