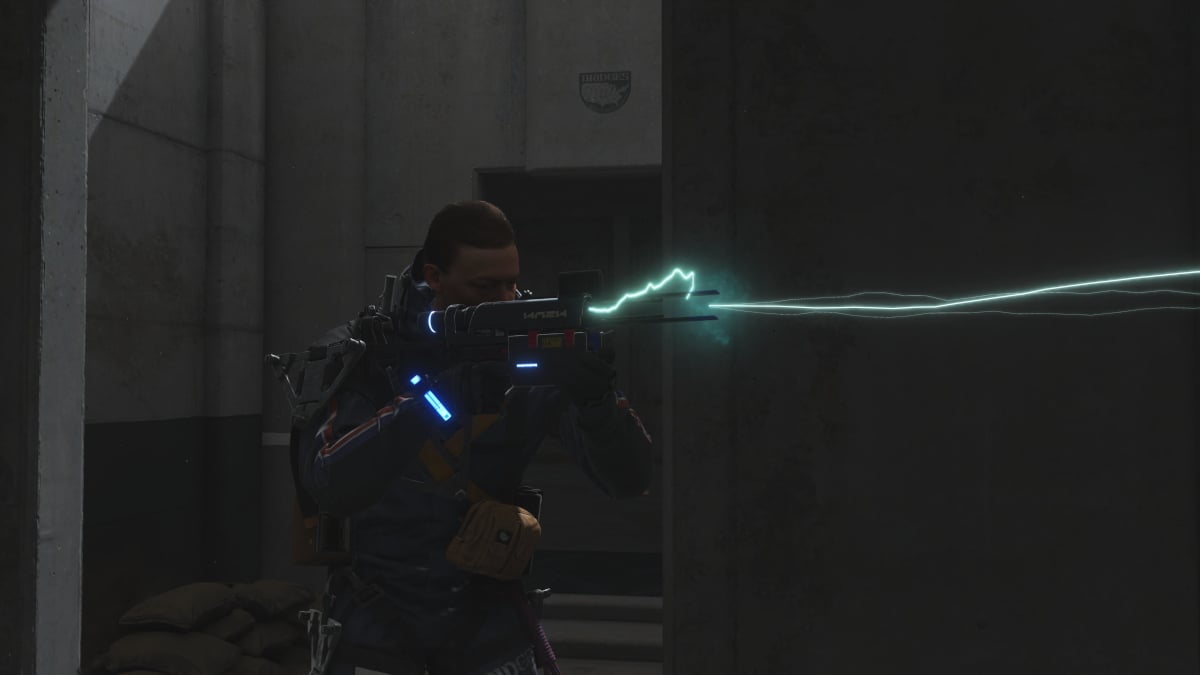 Death Stranding: Director’s Cut is home to a new weapon called the Maser Gun, a non-lethal alternative to taking out foes in the game. With a flash of lightning, they’ll be knocked out cold, leaving you able to explore and take back stolen items from the MULEs. Here is how to unlock it and use the gun in Death Stranding.

To get it, you’ll have to receive Request No.77, which will be found at the same time as Request No.9 from the K2 West Distribution Center. It’s given to you early in the game in Chapter 2. The game recommends you use this gun when going to the ruined factory as it’s the perfect accompaniment for stealth-based missions. The game kept you waiting, huh?

To equip it, hold the right D-Pad button on your DualSense controller and scroll the weapon wheel to the top left. Sam will then have it ready to go. To aim, hold the L2 button and while sneaking up on enemies, aim for the head. If the shot hits the noggin, it’s a one-hit takedown. If you aim the electrical towards the body, it can take two to three shots to knock them out. This is best used in stealth situations rather than an all-out fight. If you’re unsure how to aim with the weapon, you can practice using the Maser Gun in the Firing Range.

To get to the firing range, go to an access terminal and select “Private Room/Firing Range,” then “Go to Firing Range.” Once sent to the room, you’ll be given a variety of missions to complete. Like Call of Duty: Modern Warfare series, you can go through time trials to help practice your aim with the Maser Gun. You can choose dummies or the MULEs themselves in data form. Avoid hitting the blue dummies, as you’ll lose points.