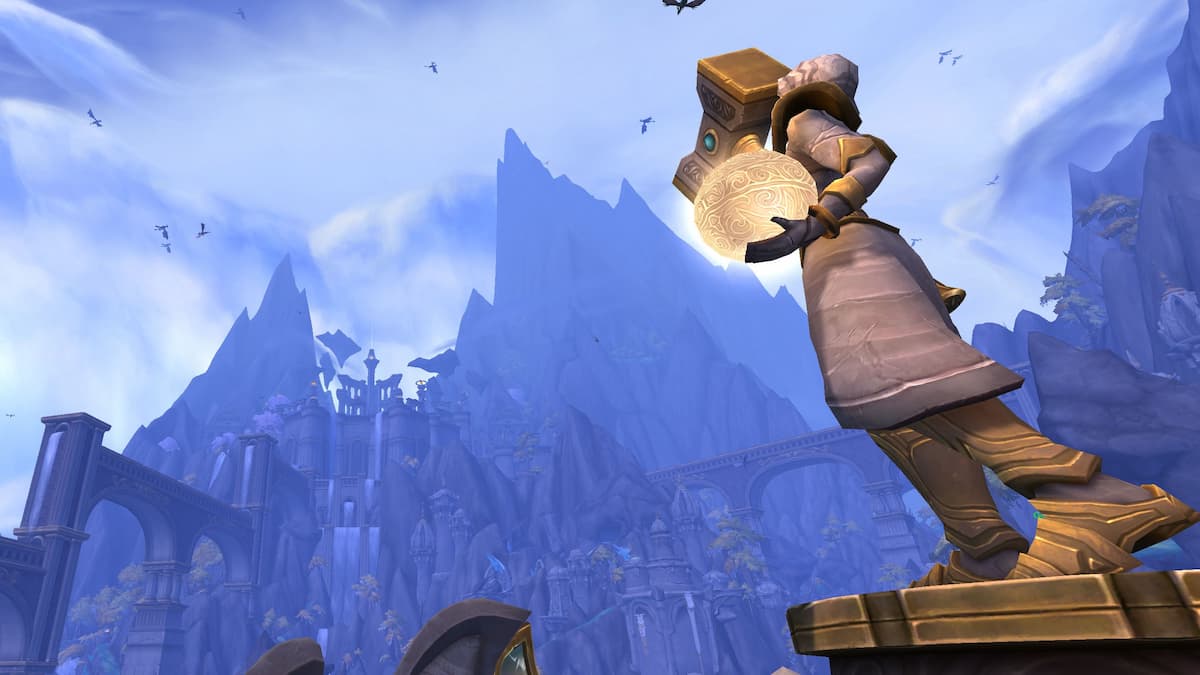 World of Warcraft: Dragonflight saw a revitalization of the game’s crafting system, making it a relevant gearing path over time provided you could come across the resources and a crafter able to make a high-quality item. During the course of Season One, players had the opportunity to earn a Bottled Essence item once every two weeks that could be used at the Engine of Innovation to create a Spark of Ingenuity, the rarest item needed to make high level crafted gear. With the release of Patch 10.0.5, the final quest chain for a fifth and final timegated Bottled Essence has been unlocked, which in turn grants a new quest to get the item from other means. Here is how to get Bottled Essences in World of Warcraft: Dragonflight.

Where to find Bottled Essences in World of Warcraft: Dragonflight

Five Bottled Essences are awarded from several quests in a chain found in Valdrakken. In order to unlock these quests on a new character, you need to complete the Learning Ingenuity quest from Greyzik Cobblefinger in Valdrakken at coordinates 84, 54. This is an easy breadcrumb quest that ends with unlocking the Engine of Innovation account-wide.

The series of quests acquired from the Maiden of Inspiration next to the engine will each reward a Bottled Essence for a total of five. These quests are all extremely straightforward and were timegated for most of Season One, but can now be completed back to back.

Once all of these quests are completed, you will unlock an additional quest titled Innovating the Engine, which will simply have you use a provided Power Core on the engine. Completing this quest will grant all characters on your account a hidden buff called Essence Detector. The tooltip states “You have a chance to obtain a Bottled Essence by defeating powerful enemies as well as by completing dungeons, raids and other various activities on the Dragon Isles.”

Related: Where to find the Storm’s Fury event in World of Warcraft: Dragonflight

Players have been diligently trying to figure out what activities can drop a Bottled Essence, and so far the following have been confirmed:

There are likely more ways still waiting to be discovered, but the community has come to the conclusion that Bottled Essences are acquired in a manner similar to Legion Legendaries. Almost any activity in the Dragon Isles has a chance to award the item, but it is rather rare.