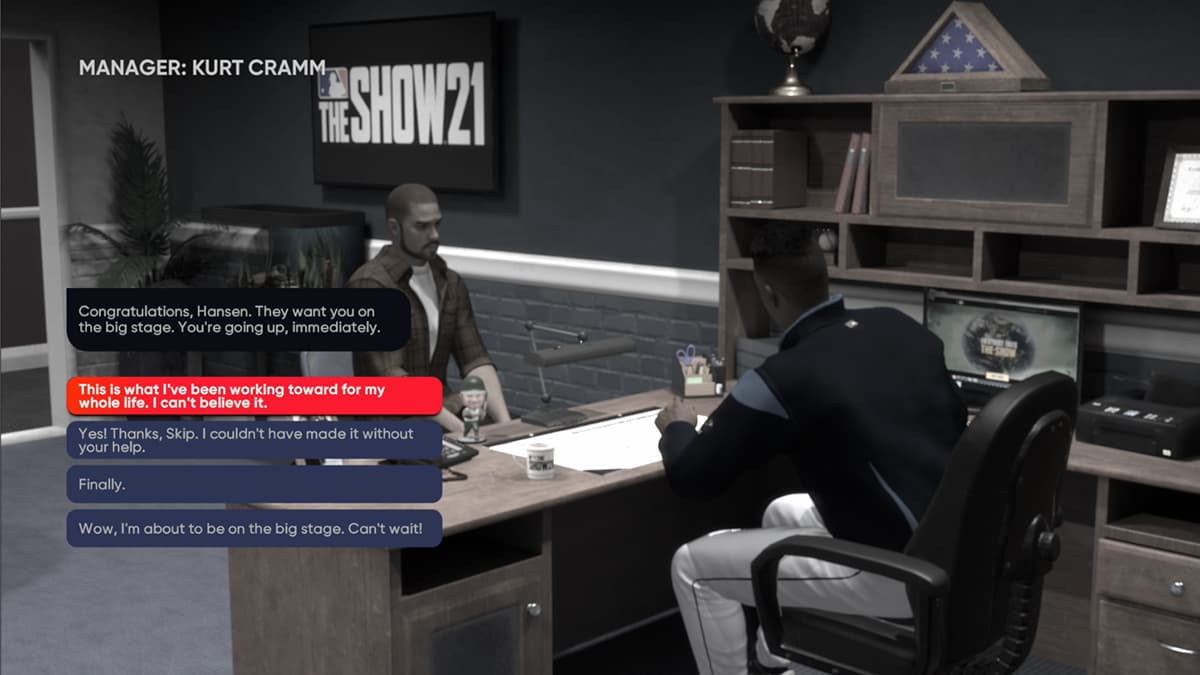 In MLB The Show 21, creating a ballplayer and sending them on their journey to the big leagues will take a lot of patience and a little bit of luck. If this is your first time playing Road to the Show, you will be coming in with quite a few differences than players have had in the past. If you are getting tired of the grind, here is how to get called up to the Majors in MLB The Show 21’s Road to the Show.

When you log in to the game for the first time, you will be essentially given a blank slate of a ballplayer. Edit them to the specifications you can and want for now. Create a loadout and equip any equipment if you have them.

After being drafted, you will be sent to that team’s AA minor league team. Unless you have unlocked good perks and equipment before playing Road to the Show, you will probably be sitting around 50 overall. Now comes the beginning of your professional baseball career. We highly recommend playing all games and appearances you make in ballgames. Simulating does not gain you any attribute increases, so each game simulated just wastes your player’s time. All you want to focus on going forward is performing and increasing attributes. Also, be sure to upgrade your archetype and perks as much as possible.

How fast you move through an organization will largely depend on the overall roster. Typically, if you are close to reaching the overall rating of the players ahead of you, you should receive a call-up. Just focus on playing games and improving. When it is time, you will get a call into the manager’s office where he will tell you you’ve been called up to AAA after improving your overall rating enough.

Your time at AAA will essentially be much of the same as AA, although against tougher competition. As you continue to progress, you should continue keeping an eye on the roster. If the major league team signs or trades for a high-caliber player at your position, the manager will bring up the road blockage to you. At this time, if you do not choose to switch positions, your future with the team will be up in the air, potentially ending in a trade that will happen soon.

Keep playing through games and improving. Once you reach a spot where you can contend with whoever is ahead of you on the depth chart, your AAA manager will let you know you have earned a call-up to the majors.