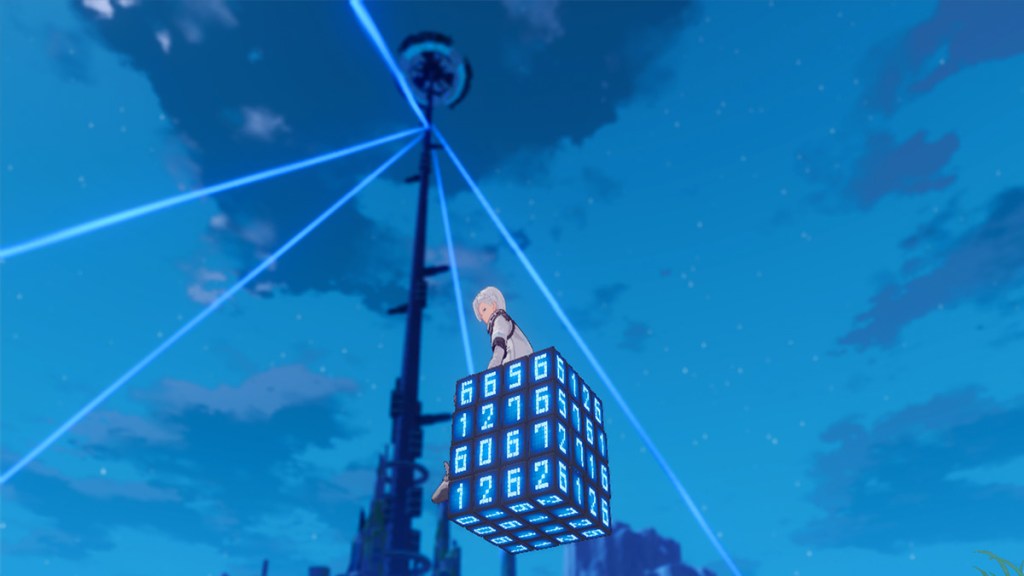 When it comes to MMOs, mounts are a huge part of the experience. Since Tower of Fantasy is a futuristic RPG, the mounts in the game are mostly sci-fi vehicles and robotic animals. However, there is a beautiful, digital, floating cube that can also be mounted and flown around the world. Not only does it look cool, but it will also make you faster. This is why we will show you exactly how to get the 2613, the floating cube shown above, and how to activate and use it in Tower of Fantasy.

Unlock and activate the 2613 in Tower of Fantasy

The 2613 mount is a reward given to all Tower of Fantasy players as a gift for the game getting more than 4 million pre-registrations. To get the 2613 in Tower of Fantasy, you will need to first click the rewards icon in the upper right corner of the screen. In the Side by Side I tab, shown above, you will see the option to claim the floating cube along with 10 Gold nucleus.

Even though you have unlocked the 2613, you won’t be able to use it until later in the game. Specifically, you will need to finish Chapters 1 to 4, Hykros, to gain access to mounts in Tower of Fantasy.

Related: How to maintain vehicles in Tower of Fantasy

During that chapter, you will gain access to the Vehicles submenu in which you will unlock and activate the Falcon motorcycle. Players can afterward open the Vehicles menu again, scroll to the right a bit and find the 2613. Hit the Unlock option and then Activate to use your newly acquired 2613 floating digital cube. At this moment in time, there won’t be any difference between the Falcon and the 2613. They will have the same exact speed.