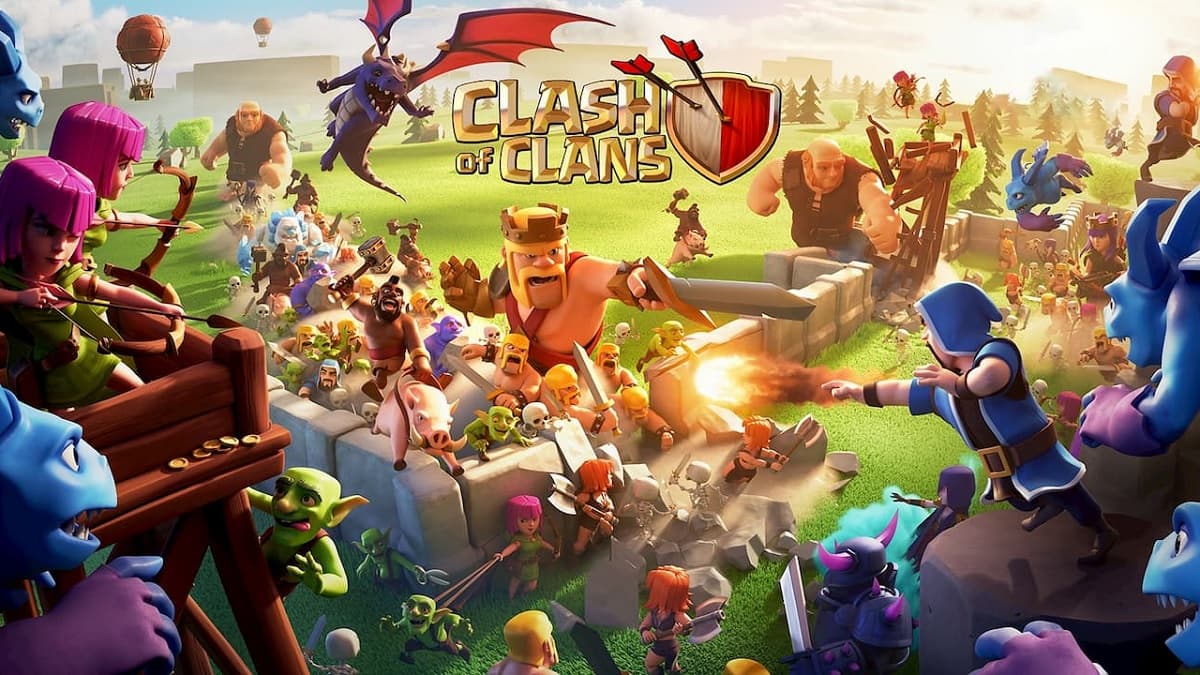 When it comes to the combat in Clash of Clans, the layout of your base is essential for survival. If you can stop your opponent from taking a star, achieved by either reaching 50% village destruction or destroying your Town Hall, you should be able to cruise to the top leagues in the game, offering you much better rewards for finishing off other players.

However, when it comes to your base layout, there is no perfect solution. Despite what base layout ideas that you can find online, there will always be a point in your village that you will leave vulnerable or a strategy that is going to give the opponent a good chance of taking trophies away from you. This is especially so at lower level town halls where it’s much more common to come under attack from players of a higher level that will raid you with troops more advanced than your defenses.

Thankfully, there are tips that can help you to get the most out of your village layout and give you the best opportunity to keep hold of both what you want. Here is how to get the best Clash of Clans base layouts.

Protect what you value most

Building your base to protect all of your things every time is simply not a viable strategy. There’s no possible way to be able to cover all of the valuable buildings in your base with one layout, so this is where you need to make a decision on what you currently value most.

If you are a player who has newly upgraded your town hall and are in the process of making your first improvements, you’re going to need a lot of resources in order to get started on your upgrade progression. Not only this, but as you will be facing players in higher Town Hall levels with more powerful troops, meaning that saving trophies becomes much harder.

It’s at this point that it may be worth exposing your town hall more often so that players looking for trophies can take it without making it easy to take your resources. This will then provide you with a shield of at least 12 hours to allow you to keep your gold and elixir intact.

On the other hand, if you’re getting closer to having everything upgraded, start to spread your resource collectors and storage containers out and use them as padding for your town hall. This should give you a better chance of regaining lost trophies from earlier in the town hall level cycle.

When it comes to defending your base, protecting against every type of unit composition is impossible. If you gear your base to defend everything, then you’re going to be vulnerable everywhere as both ground and air specialist armies will expose the weaknesses in your jack of all trades, master of none style layout.

Instead, gear your army toward defending either ground or air troops. This can mean putting your air defenses closer to the outside and your mortars closer to the center if you are protecting against ground enemies or the other way around for air troops, and make sure to request troops for your clan castle that suits what you’re looking to defend against. It’s more typical to find armies consisting of air troops in a clan war as they are typically more expensive but offer a high reward, while ground troops tend to be more common in regular battles due to their more efficient cost, so it’s worth building layouts for each individual eventuality.

Yes, you might leave yourself open to a certain type of strategies, but being excellent at one thing means that hybrid armies consisting of both air and ground will be heavily reliant on one set doing all of the work for them, increasing your chances of defending successfully and attacks from players that can’t counter your layout.

Learn from the pros

There’s an easy way in Clash of Clans to see what bases look like from the best players in the game. If you go to your trophies screen to check which league you are in, there is a tab for the current best players in the season. From here, you can tap on a player currently in the Legend Leagues and visit their village.

Straight copying their base layout, especially as most of them will be at the top level town hall set up for certain attack strategies, is not always the smartest solution but they provide some excellent guidance on how to set up your base, often smartly designed to ensure that they can stay amongst the top players. There’s plenty of players that you can take notes from regarding the layouts, including placements of defenses and town halls.

The order in which you upgrade your base as you improve your town hall level is important as it should correspond to what you want your target to be while you progress. Protection doesn’t come cheap, but if you want to make getting into a certain league your next goal, you’re going to need to invest in your defenses, and fast.

Defending your base becomes so much harder after completing a town hall level up because you are vulnerable to players who can be up to two upgrades above yours. It’s rare to see players that high come after you due to the penalty on resource loot, but seeing a player on a level above you is quite common, and especially at higher levels, their army can overwhelm your base quickly.

Related: The best order to build and upgrade your home village in Clash of Clans

For this reason, you should pay close attention to the order in which you build and upgrade your village. If you’re trying to push for more resources to help with upgrades, exposing your town hall to gain frequent shields might be a smarter plan, at least until you’ve built the upgrades necessary to give yourself a fighting chance against other players higher than you. Once you’ve upgraded where you think you need it most, then you should start to tighten your base to push for trophies while continuing your upgrades in order.

Forget about trophies at low levels

When it comes to the lower town hall levels of the game, between level 1 to 7 or 8, you will not have access to nearly enough of the best defenses and armies to defend yourself effectively. This means that the smart thing to do is just forget about going up in the trophy leagues, especially if you are new to Clash of Clans, and build your base to protect your resources.

Related: Tips and tricks for new players in Clash of Clans

The rewards that the game offers you for taking stars in an attack pale in comparison to potential gold that you can get from simply raiding the most resource-rich villages. Look to farm these types of bases without worrying about winning so that you have enough resources for your rapid progression, and then once you hit around about town hall level 8, when you can regularly start to hit the crystal leagues thanks to tighter base design options, you should start pushing for trophies more often.