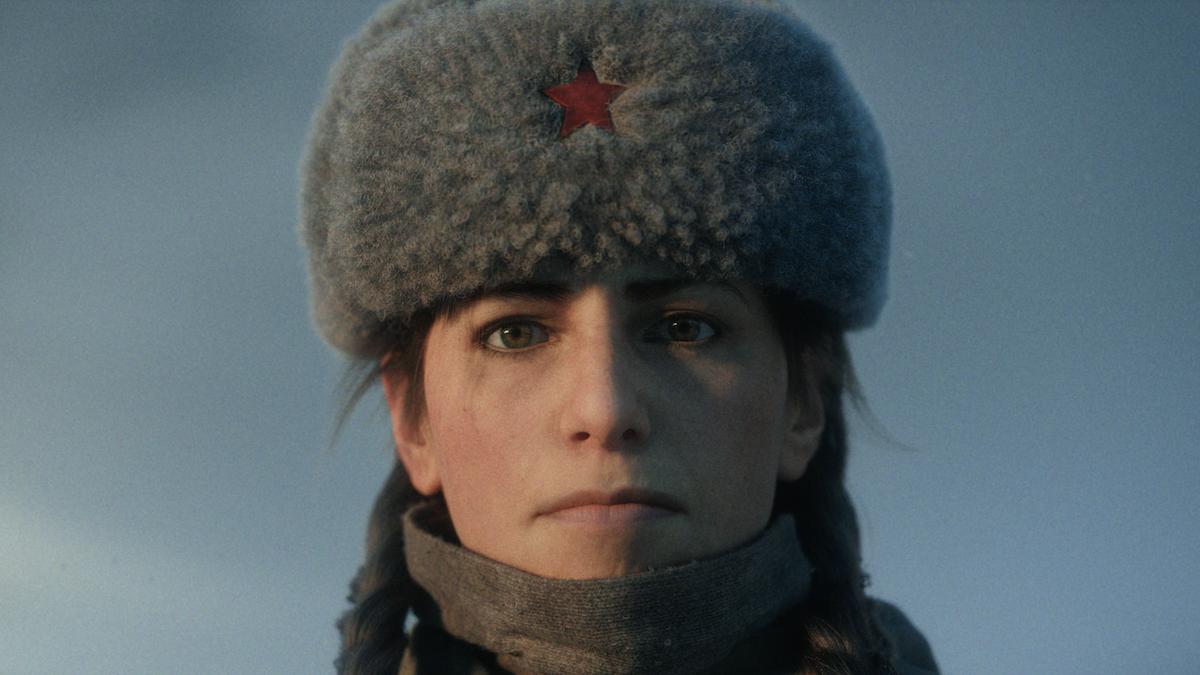 Call of Duty: Vanguard’s sixth mission, “Lady Nightingale,” pits sniper Polina Petrova against numerous Nazi snipers, all of whom have the high ground advantage. If you can take out five of them without getting shot yourself, you’ll walk away with the “Bird of Prey” achievement. This guide will explain how to avoid getting shot during this long-range shootout.

This will be the first combat encounter you’ll face during the mission “Lady Nightingale.” Polina and her brother, Misha, will discover an open field being watched over by Nazi snipers. In order to advance, you have to take them out. However, don’t take aim just yet. You can order Misha to draw enemies’ fire by using Polina’s knife’s reflection. Remember to always issue this order to Misha before taking aim, otherwise, enemy snipers might notice you before you can get a shot off.

Move forward and keep to the right. There should be a destroyed building lined with sandbags that you can crouch behind. Two more snipers will spawn. Tell Misha to distract them, and take them out like before.

Move forward a little more, and you’ll enter a trench. Exit the trench to the right, and take cover behind a truck. Misha should join you, and two more snipers will spawn on the left and right sides of an abandoned building. Like before, let Misha distract them, and take them down. After you kill one of these snipers, the “Bird of Prey” achievement should unlock.