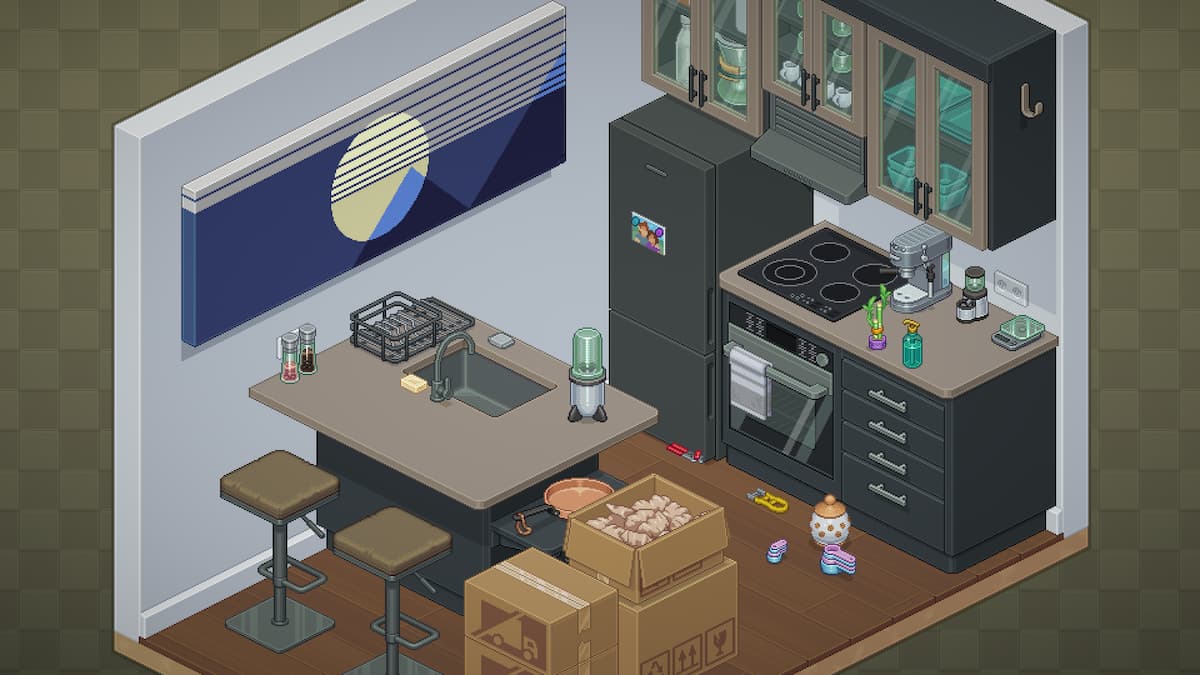 The Brew Some Coffee achievement in Unpacking is awarded for placing all the coffee-making equipment on the counter. Seeing as it has one of the lowest acquisition rates on the entire list, there’s a good chance you don’t have it. If that’s the case, our guide will help you brew some coffee.

This achievement can be unlocked in 2010, which is the game’s fourth level. We have guides for completing 1997, 2004, and 2007 on the site. If engaging in the puzzle aspect isn’t of interest to you, there’s also the option to complete levels by placing items anywhere.

All the coffee equipment is found in the kitchen, so you won’t need to do any back and forth. Due to the nature of the game’s pixel art, some of the objects detailed in this list may not actually be what we think they are. We had a difficult time discerning which specific equipment wasn’t necessary. You’ll need:

When in doubt, examine the screenshot below and place everything you see on the counter. Most of the equipment is found in the kitchen’s bottom drawer; meanwhile, the coffee mug is in the cupboard above the stove. The coffee mix and coffee strainer were found in the cupboard above the fridge. The green tea kettle was the only piece of equipment inside one of the boxes. After getting the Brew Some Coffee achievement, you’ll also unlock the coffee mug sticker for use in the game’s photo mode.