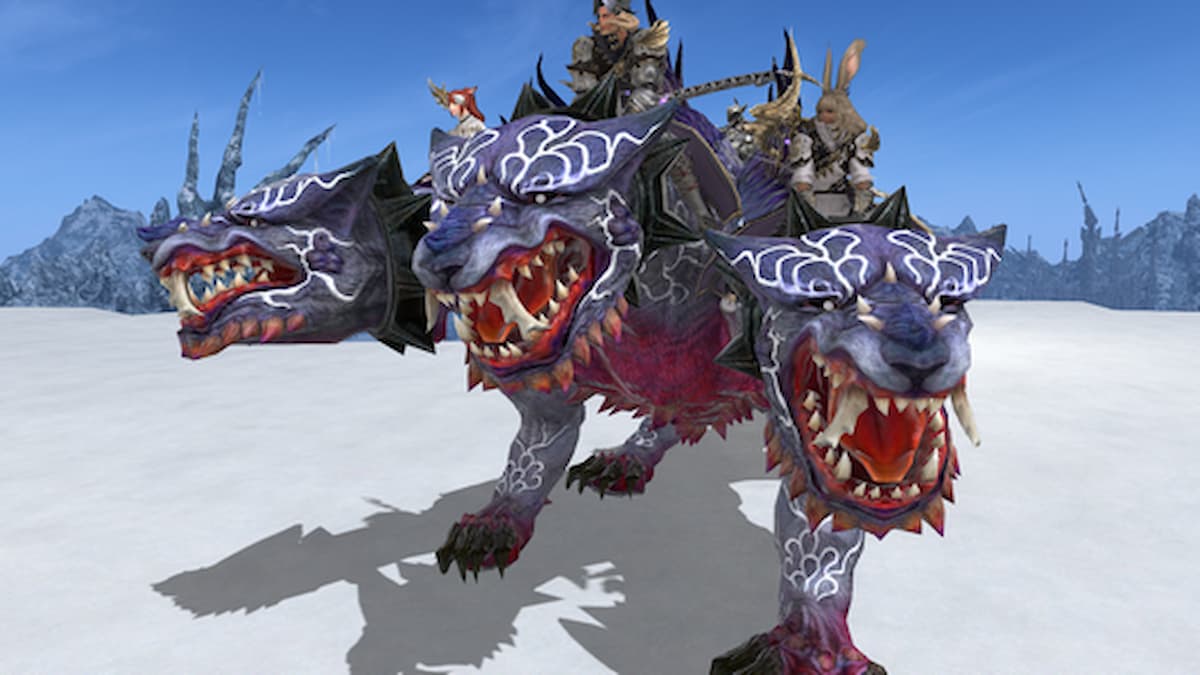 Released with patch 5.45, the large-scale Delubrum Reginae raid has its own set of rewards. Offering both a normal and Savage version, this level 80 raid has extra incentives for challenging the harder difficulty. Players who dedicate themselves to Delubrum Reginae (Savage) will have their work cut out for them, as the raid is pretty tough, similar to the level 70 Baldesion Arsenal within the Forbidden Land, Eureka. Just like the Ozma mount from the Baldesion Arsenal raid, Delubrum Reginae (Savage) has the Cerberus mount to entice players.

Cerberus is also a multi-seater mount. If you have a friend who’s able to get the mount, they can invite you to ride with them. That’s the only way to ride Cerberus without actually obtaining the mount yourself.

After unlocking the Delubrum Reginae raid, you need to clear the Savage-level difficulty. Delubrum Reginae (Savage) requires a full alliance of 48 players, Resistance rank 15, and 700,000 Mettle just to enter. Clearing the content will take a great deal of coordination with your alliance members. But once you complete the fight for the first time, you’ll unlock the achievement, “Savage Queen of Swords I.” You can find this achievement within the Battle tab, and then under Field Operations alongside the rewards for Baldesion Arsenal.

Then head to Old Gridania and speak with Jonathas (X:10, Y:6). He’ll reward you with a Cerberus Horn item. Use the horn and you’ll obtain your Cerberus mount. There’s no other way to obtain this Cerberus Horn, as the item is unique and untradable, which means you can’t sell it on the market board or trade it to other players. So if you want the Cerberus mount, you have to clear Delubrum Reginae (Savage). Patch 5.45 also brings a Party Finder option for grouping up for these large-scale battles. Players no longer have to rely on Discord servers for coordinating runs, but the option is still there if you prefer.