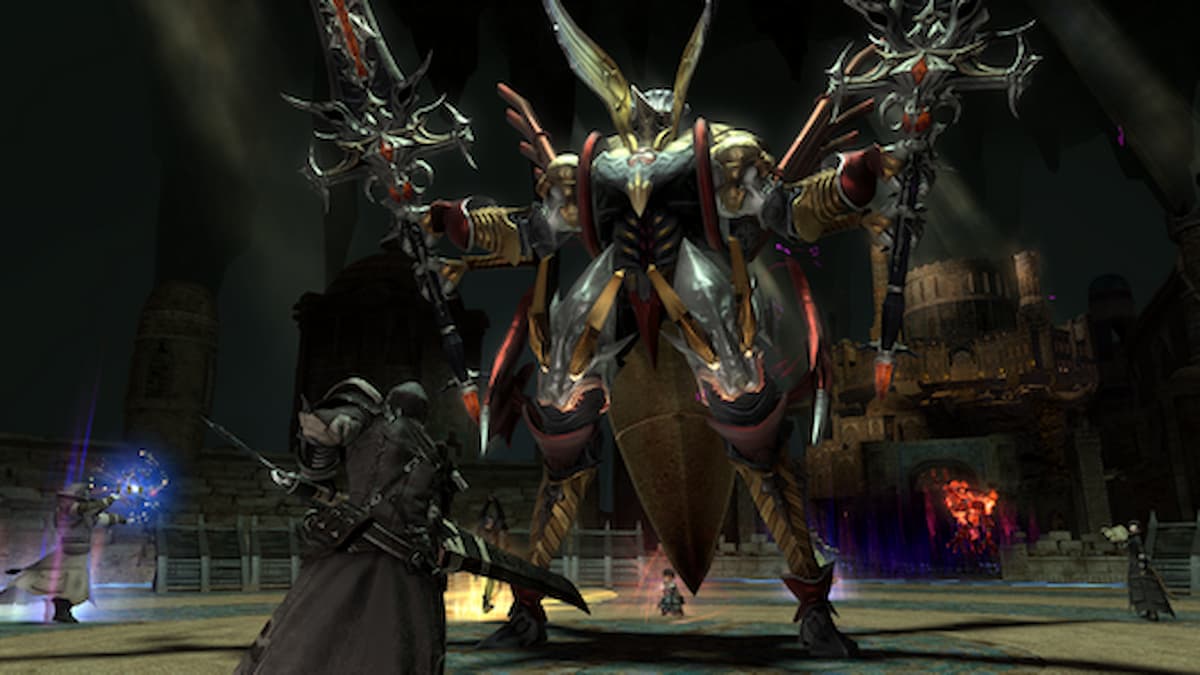 Delubrum Reginae is a large-scale raid in Final Fantasy XIV. The raid’s normal version is for 24 players, while the Savage version allows up to 48 players inside. The raid takes players beneath the mysterious Bozjan ruins, where they take on powerful bosses together. Delubrum Reginae is part of the Resistance weapon quests, following the Castrum Lacus Litore raid. You’ll need to make a certain amount of progress within the Bozjan Southern Front before you can access this next duty.

Before you can set foot within Delubrum Reginae, you need to first clear Castrum Lacus Litore. You can only unlock Castrum Lacus Litore by progressing within the Bozjan Southern Front. There’s no getting around this step, so you will have to go back to the Southern Front and get this done. Complete those prerequisites, increase your Resistance rank and earn as much Mettle as you can along the way.

Finish the quest “Fit for a Queen”

Speak with Marsak at Gangos (X:6.4, Y:5.7). Pick up the next quests for the Resistance weapons, starting with “A Sign of What’s to Come,” followed by “Fit for a Queen” from Bajsaljen, also at Gangos (X:6.5, Y:5.8). These quests only appear after completing Castrum Lacus Litore at least once. Then you can enter Delubrum Reginae after talking to Mikoto, who will be at Gangos (X:5.5, Y:5.4) or the Lost Trace.

To challenge the harder version of Delubrum Reginae, you can only enter as a pre-formed alliance with 48 people total. But before that, you’ll have to reach Resistance rank 15 within the Bozjan Southern Front. Collect 700,000 Mettle by farming Skirmishes and Critical Engagements. If you’ve completed the requirements to unlock the normal version of Delubrum Reginae, then you’re all set.

Once you’re ready, speak with the troubled gentleman at Gangos (X:6.6, Y:5.0) to unlock the duty first. Then your alliance leader can talk to the troubled gentleman again to take everyone inside the instance. If you can’t find enough people to join, you can use the Party Finder to group up with other players for Delubrum Reginae (Savage). You’ll find the duty listed under Adventuring Forays.

Delubrum Reginae (Savage) has the same allowances and restrictions as the normal version. As an extra twist, you’ll also gain a status effect that changes how you can be revived. When you die, you’ll get kicked out of the instance if no one’s able to revive you in time. This restriction doesn’t count for certain Lost Actions and the auto-revive healer limit break. Just make sure you’re absolutely prepared before heading in.