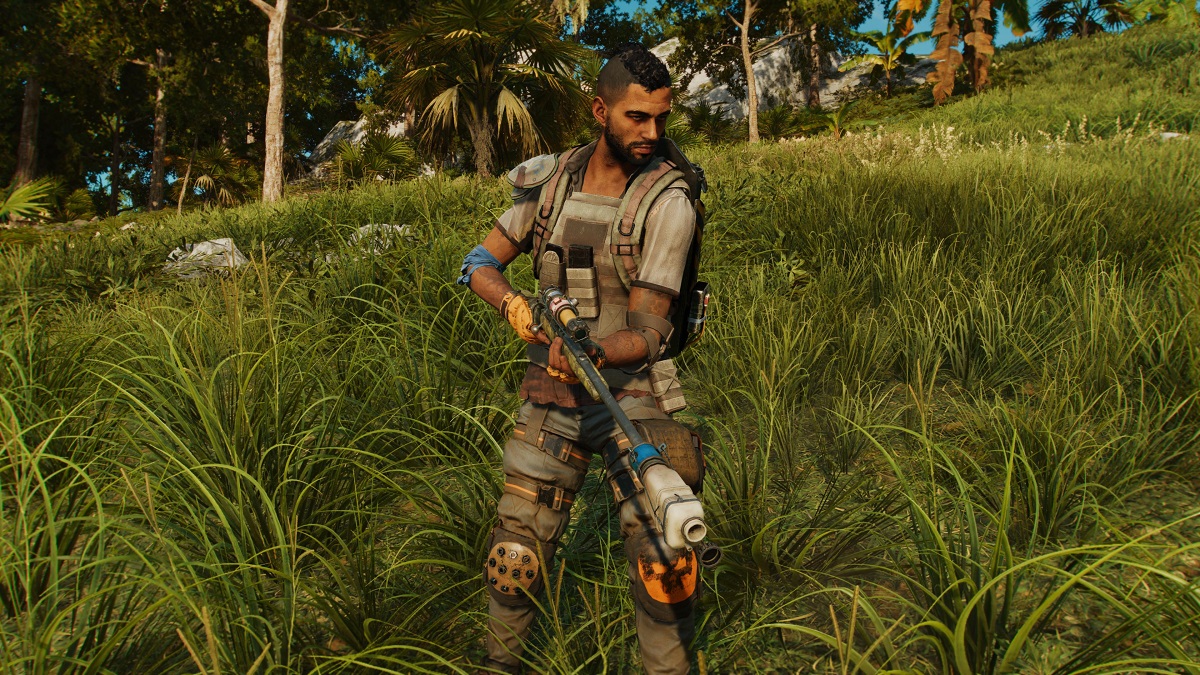 Low on damage but overall the best weapon against animals, the El Depredador sniper rifle is a great weapon to take out all manner of living beings, including FND forces, throughout Yara in Far Cry 6.

Getting the El Depredador sniper rifle will take some grinding on your part. At one of the major guerrilla camps, you’ll need to upgrade the Hunter’s Lodge to level three. Doing that will require you to get metal and medicine throughout the game. The final evolution of the Hunter’s Lodge needs 200 Medicine and 200 Metal.

The easiest ways in getting metal are by raiding FND camps, taking part in Los Bandidos missions, and delivering enemy convoys to guerilla camps. For example, finding enemy convoys and taking them to the camp will usually net you 50 metal each. They’re blue, white, and red-colored trucks that are carrying metal bars and other resources in the back displayed by the picture below.

You can find enemy convoys on the map (a red dot with a white truck) or by fellow guerillas around camps and checkpoints. Los Bandidos are missions that you can send leaders to complete for you. There are rewards attached whenever you complete them successfully like medicine and metal.

Medicine can be found in large white and blue boxes around enemy checkpoints and camps. Places like the Cortina Weather Station (southwest of the Costa Del Mar region) and Espinosa University (northeast of the Aguas Lindas region) typically have more of this resource, so they’re prime sources for medicine.

Levelling up the Hunter’s Lodge to level three will give you the El Depredador sniper rifle, in addition to each location of the mythical creatures. It will also let you shoot animal with bullets for their skins instead of them getting ruined.

The El Depredador will be valuable in your hunting exploits as this weapon specifically deals out more damage to animals. It isn’t as powerful as the MBP .50 sniper rifle, however, so keep that in mind.