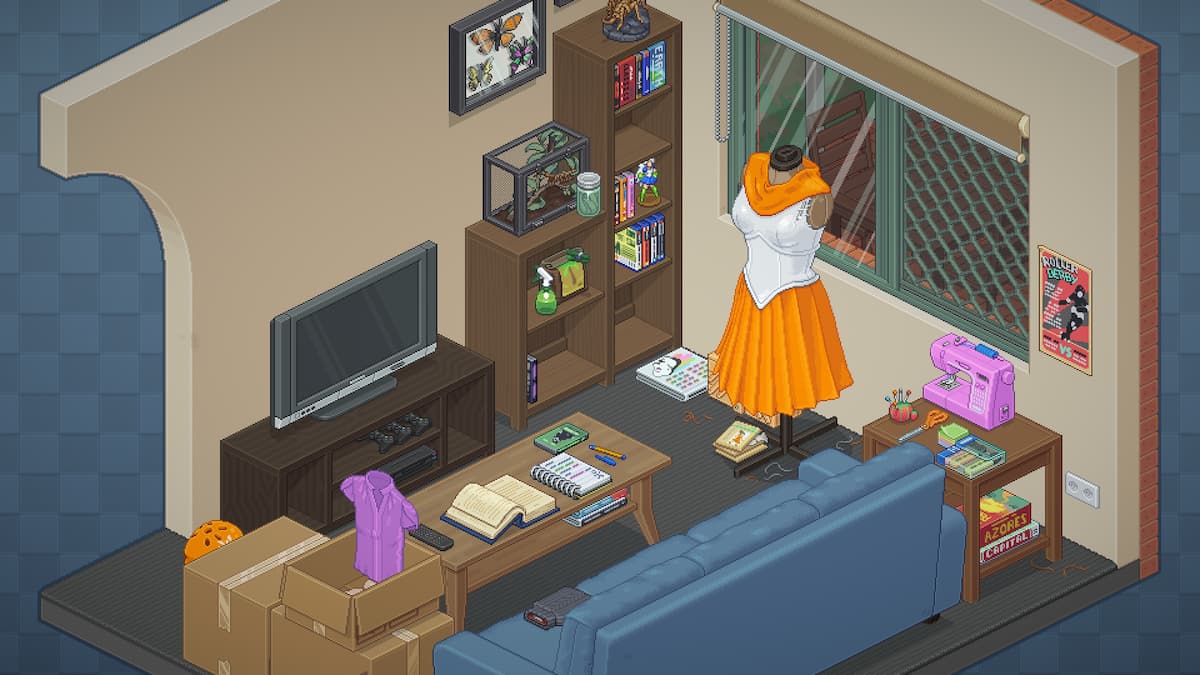 The Game On achievement in Unpacking is unlocked for turning on a game console. It’s not as vague as the Electrical Hazard description, but it might go unmissed because all the achievements are hidden. Our guide will help if you’re aiming for 100% completion.

The first opportunity for the achievement arrives in 2007, the game’s third level. We have guides for both 1997 and 2004 for struggling players. This level increases the complexity even further beyond 2004, containing a bedroom, living room, kitchen, bathroom, and dining room.

Ignore everything for now and focus on the living room. Of the three boxes in this room, the game console is inside the single box closer to the room’s corner with nothing stacked on top of it. Unpack this box until you pull out a game console that looks suspiciously like a GameCube. You’ll need to place the console inside the entertainment center so that it actually plugs into the tv. From there, use the rotation button with the cursor hovering over the console. Make sure you aren’t still holding it when taking this step.

The system will turn on, and you’ll get a title crawl for a fake video game, unlocking the Game On achievement in the process. This also unlocks the classic game controller sticker for use in the game’s photo mode. Other opportunities for the achievement include the GameCube in 2010 and the Wii in 2013 and 2018 using the same method.