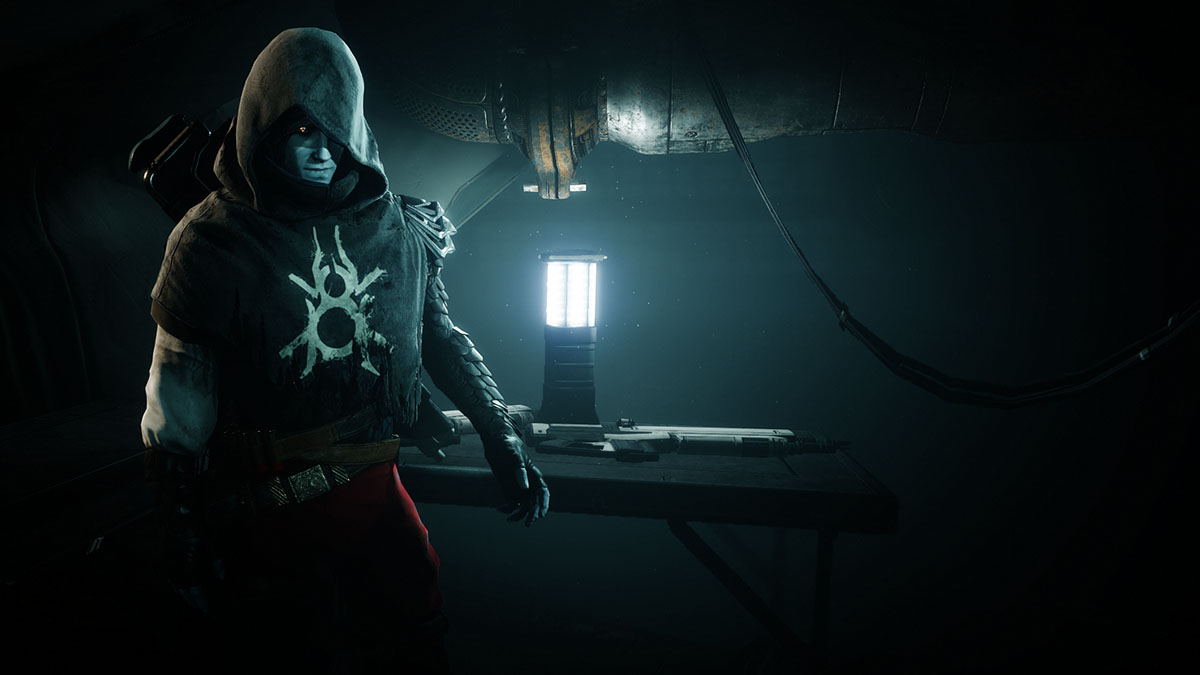 To start this quest, you will first need to complete As the Crow Flies for The Spider on the Tangled Shore. When that is done, go and speak with the Crow to being Let Loose Thy Talons and start working toward the Hawkmoon.

It is a 10 part quest, but as always some of those will involve going back to the Crow and speaking with him.

Comple the Cry From Beyond mission in the EDZ. This can be found in the Sludge.

Return to the Crow and speak with him.

Generate and collect 50 Orbs of Powers. Break out your Super and your Masterworked weapons to get this done quickly. The Blind Well is also a great option, as it will be filled with other Guardians making Orbs, allowing you to use your own Super often. You could even head to the Eclipsed Zone on Europa and take advantage of vastly improved Super recharge speed there.

Speak with the Crow again.

You will need to investigate some coordinates for the Crow. Head to Trostland on the EDZ and follow the ways points. You will find an energy bird that you can interact with.

Follow the path, collecting feathers while you go. Grab them all, then take out the boss at the end to get the last one. There will be four feathers along the path, and the boss will drop the fifth and final one. You will need to throw Orbs at the boss to break his shields, and these will drop from the shining enemies.

Talk to the Crow once again.

Kill champions of Guardians. You will need to kill 200 Guardians, or some Champions. With Iron Banner ongoing, Guardians kills will be easy enough to come across. If you would prefer to go after Champions, then high level Lost Sectors or the Nightfall is the way to go.

Make your way back to where you started the first step, in the Sludge. Interact with it and you’ll need to replay a version of the first step. This time, you need to defeat glowing enemies to get them to drop Orbs that you can throw at Taken to break their shields. After doing this enough you get the Hawkmoon, and can fight the final boss with it.