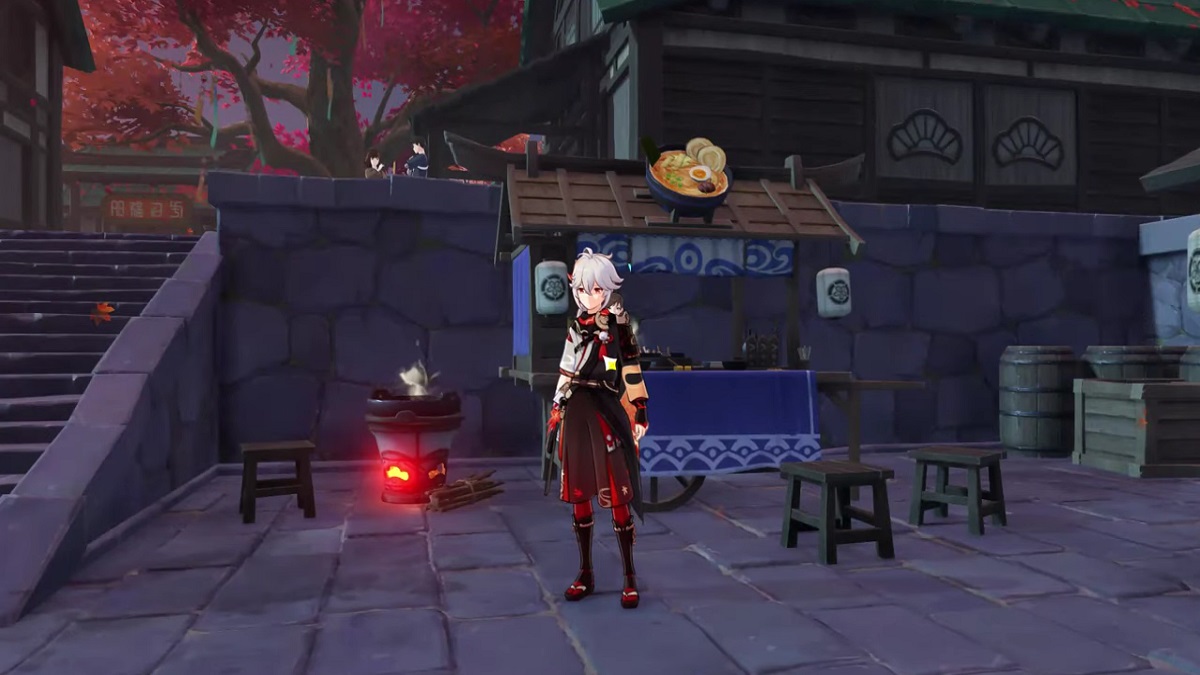 Kaedehara Kazuha has been a fan favorite amongst Genshin Impact players since his debut. The wandering samurai is a beast on the battlefield and has a special dish dedicated to himself. If you are wondering how to unlock Kazhuha’s special dish in Genshin Impact, follow the guide below.

How to unlock Kazuha special dish in Genshin Impact

To unlock All-Weather Beauty, a.k.a Kazuha special dish, you need to buy it from NPC Ryouko in Ritou. The recipe will be labeled as Dry-Braised Salted Fish and cost you 1250 Mora.

It’s worth noting that NPC Ryouko is Ritou, a subarea in Narukami Island, Inazuma. Hence, you need to unlock the Inazuma area to unlock the recipe ultimately. Furthermore, Ryouko’s store will only be accessible after completing the World Quest Chisato’s Letter.

All-Weather Beauty is a one-star recipe and hence requires minimal ingredients to cook. To make the dish, you need to toss 1x Fish and 1x Salt on the campfire or a stove. Once consumed, it restores 16% of Max HP and an additional 1350 HP to the chosen character. However, like most food items in the game, it doesn’t work in Co-Op Mode.

Ultimately, All-Weather Beauty is a potent food item that is extremely easy to cook. Although the HP it replenishes isn’t anything out of the world, stocking up a few is recommended since it can come in handy when you want a health boost but don’t want to utilize a more precious food item.