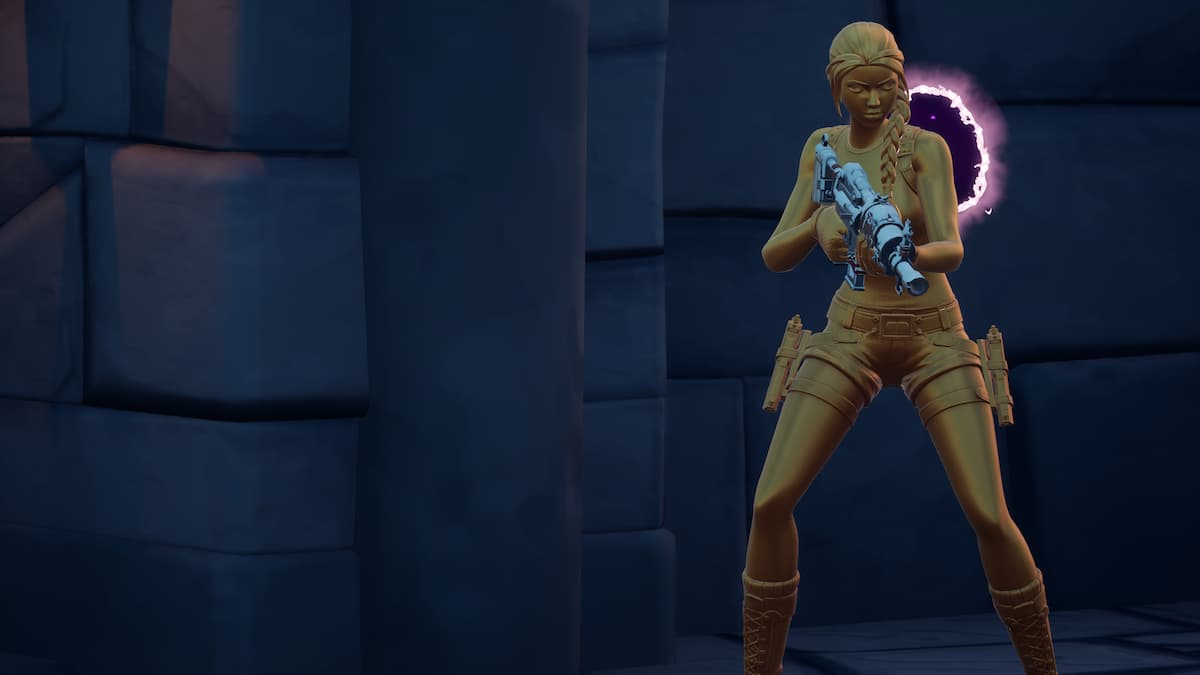 A small update to Fortnite has introduced a new secret skin that players can unlock. This is a fun one, and involves a little bit of tomb raiding. A new island has appeared on the southwest coast of the main island, just below the Flush Factory.

On the island are some ruins of an old castle, and a new NPC called Orelia. Any player who visits Orelia while wearing the Lara Croft skin from this season Battle Pass will be able to get a secret Gold Anniversary style for the character.

All players need to do is steal the floating gun that can be found beside Orelia while wearing the Lara Croft skin and they will automatically be changed into the golden Lara style. They can then finish up the match as normally and will be rewarded the style permanently when they leave the game.

After that, they can claim or automatically equip the style, or go to their Locker later and put it on, just like any other skin style. The Gold Anniversary Lara Croft is a solid gold skin with the exact same detail as the base Lara Croft skin, and it looks great in the game.