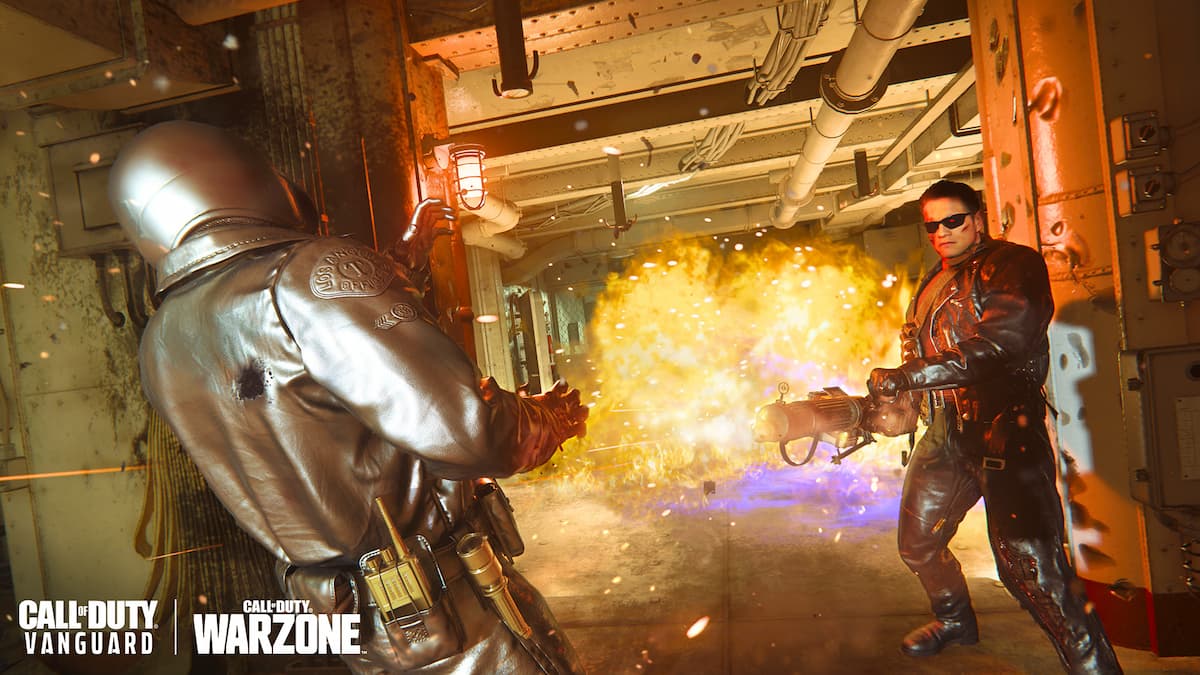 Call of Duty: Vanguard and Warzone has already turned plenty of 80s action movie characters into skins. Now, the same treatment will be given to The Terminator‘s T-800 and T-1000 cyborgs. Those chasing after the skins won’t be able to unlock them through challenges or the Battle Pass, though. Here’s how and when you can own the Terminator skins in Vanguard and Warzone.

The T-800 and T-1000 Terminator skins are slated to be available in both titles throughout August. Players can own each of these by purchasing their individual bundles via the in-game store. Although this will cost COD Points, it is arguably worth the sacrifice with T-800 modeled after franchise star Arnold Schwarzenegger and T-1000 being portrayed by its original actor, Robert Patrick. Additionally, both bundles will lend nine other Terminator-themed items, including weapon Blueprints and unique animations. You can find every item in each bundle listed below.

Related: Best Vanguard weapons to use in Call of Duty: Warzone Pacific

The two skins are a part of a much larger content drop known as Season 4 Reloaded. Starting on July 27, those in Warzone can experience a zombified Rebirth of the Dead mode and the debut of two new items in Caldera. Meanwhile, Vanguard players can finally get their hands on new Operator Ikenna Olowe and a never-before-seen Multiplayer map, Desolation.