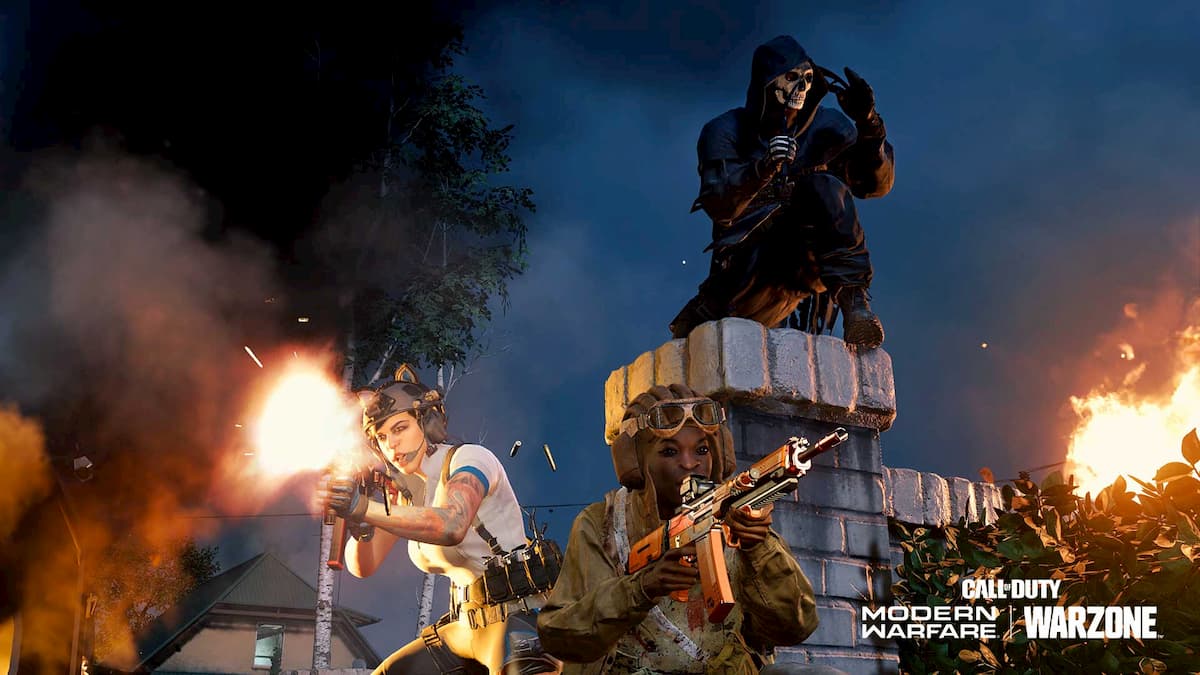 For a limited time in Call of Duty: Warzone, you have the opportunity to loot Trick or Treat boxes that potentially reward you with an exclusive item that stays with you forever. These rewards become permanent items you can use to customize your experience, such as new emblems, calling cards, sprays, and even exclusive weapon blueprints. These items become available on October 20 alongside the release of the new Haunting of Verdansk event, turning the map dark and releasing new game modes, such as the Zombie Royale.

The Trick or Treat boxes are scattered all over the map in the various game modes you can play in Call of Duty: Warzone. All of the regions remain the same, but they rotate out the various rewards, and there’s the possibility these boxes could contain tricks inside of them. The tricks do not harm you or your teammates, but they cause graphical and audio problems to make things feel spooky on an entirely darkened map.

To retrieve the rewards inside of the Trick or Treat boxes, you have to be the first one at their location to redeem them. If another player beats you to these boxes, you’ll have to investigate another part of the map to see if you can find another one available. You can also reference an in-game Tac Map menu to see what items you already have finished on your checklist or the Halloween Event section in the primary lobby.

Each area contains a different reward, so once you’ve finished locating all of the items in a given region, you can move on to the next one. You can find all of the Haunting of Verdansk Halloween Trick or Treat box items available here to preview the rewards you need to unlock. Once you have all 16, you will receive the Pumpkin Punisher legendary assault rifle.

There are five different zones in Call of Duty: Warzone you can find Trick or Treat boxes in Verdansk. These cover every game mode available during the event, so after collecting all of the rewards in one region, try dropping one of the others to collect all 16 items.

These are the locations all 16 Trick or Treat items.

These are the potential locations and box spawns for all of the Trick or Treat boxes throughout Verdansk.