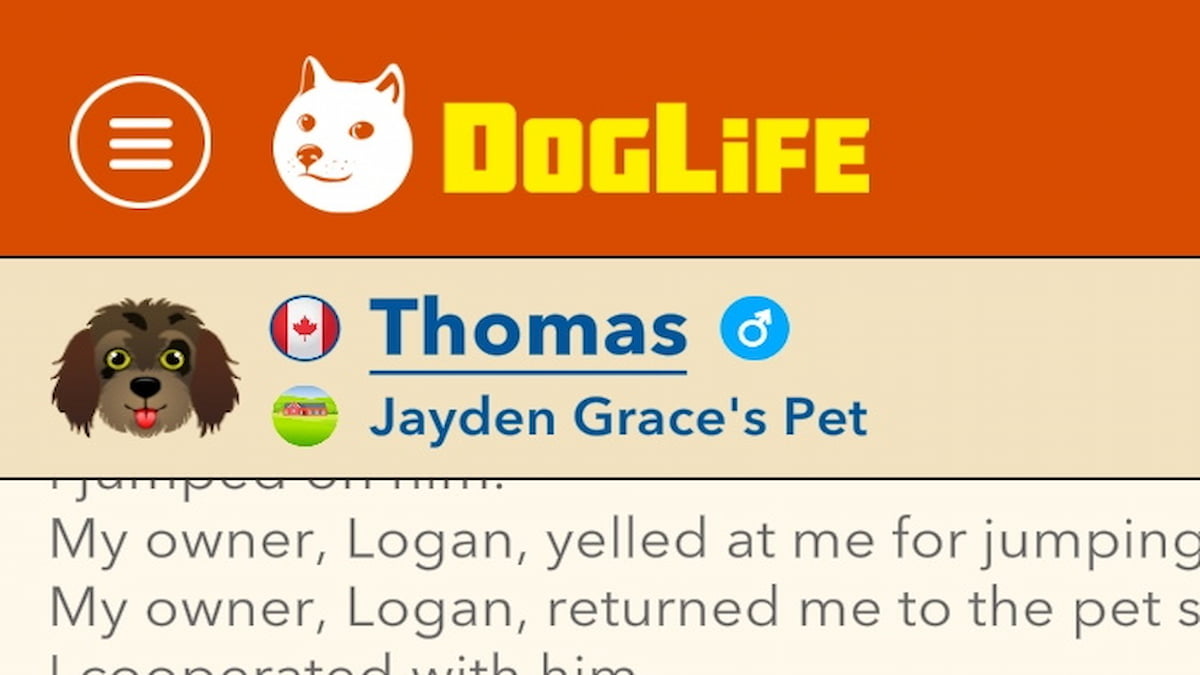 You’ll start as a named animal in DogLife. You choose to alter this name when you begin the game, along with your animal’s breed, gender, what country they live, and even where they start, such as starting in the streets, at home, or in a pet store. To have your name change later on is a bit tricky. Here’s what you need to know about getting your name changed in DogLife.

You have to start your life on the street, in a dog shelter, or be in a pet store. This way, there’s a chance for a new owner to take you home in claim you. How a new owner finds you is up to your starting location. For example, if you’re on the street, you might wander around until a human notices you. If they notice you, you’ll have the option to be friendly with them, bark at them, bite at them, or simply ignore them. Then, depending on how they take your response, they might try to take you home with them.

Whenever a human takes you home from those three locations, there’s a chance they’ll change your name. It’s a random occurrence and does not always happen. If you’re trying to get your animal’s name changed and it doesn’t happen, you can always make a mess and cause issues with your homeowner, so they take you back or release you. You’ll have to try again with another homeowner when they try attempting you. Eventually, it should randomly happen.