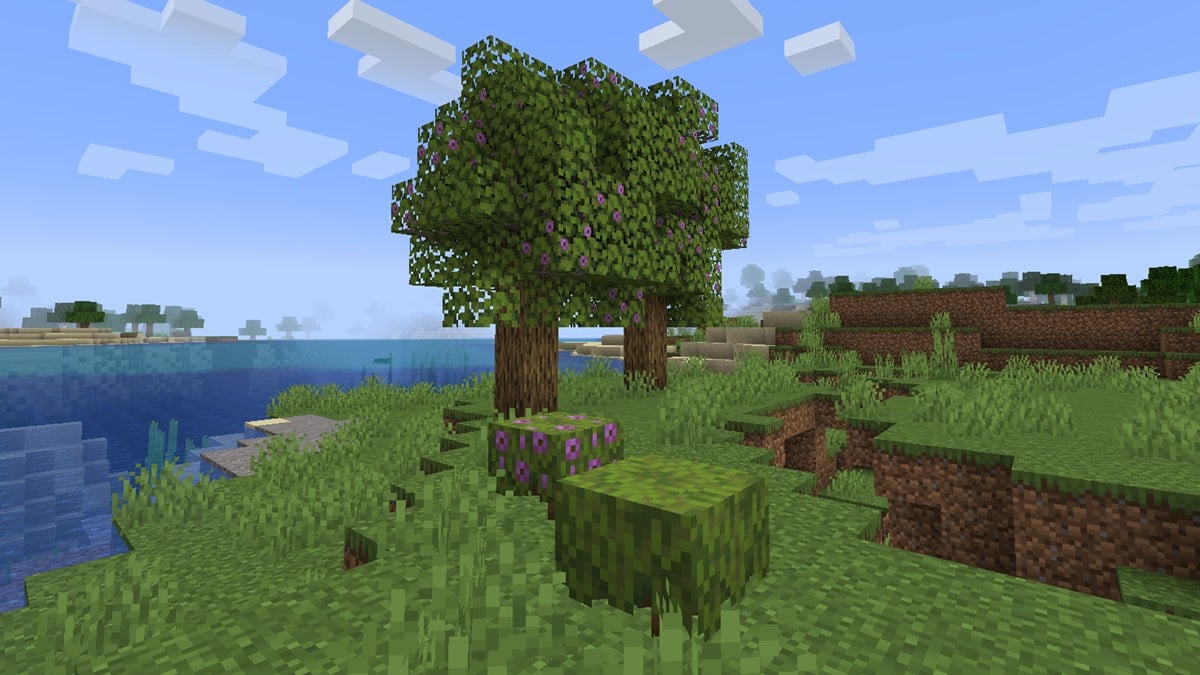 Related: What is an Azalea Tree in Minecraft?

Growing an Azalea Tree is different from growing other trees in Minecraft for many reasons, but one of the main differences is that there are no Azalea Saplings. There are small Azaleas that come in Flowering (Flowering Azalea) and Non-Flowering (Azalea) varieties. Like Saplings, they can be stacked, but unlike Saplings, when placed, they are a solid block you can stand on.

Like Saplings, you will need Bone Meal to grow them, but they will be easier to grow than other trees in how much Bone Meal it required. You will generally only use 1-3 Bone Meal to grow an Azalea Tree. Azalea and Flowering Azalea react to Bone Meal the same way, and which you use will have no effect on how many flowers will be on the tree. Both will create a tree that has a mix of Flowering and Non-Flowering leaves.

Overall, growing Azalea Trees is similar to growing other trees, but the process is just different enough that it’s good to remember the things that set it apart from your standard Minecraft tree.