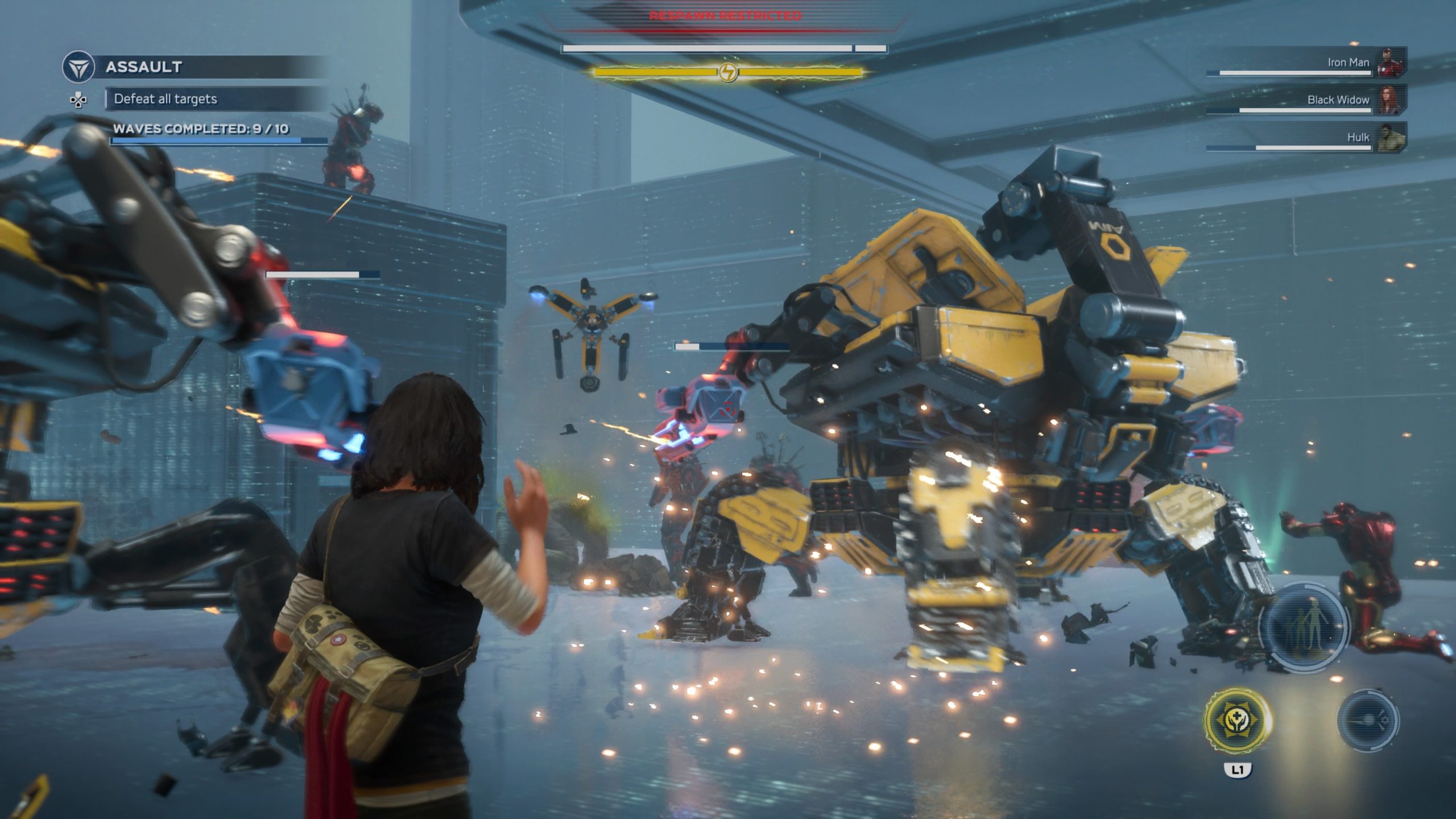 Characters play a crucial role in Marvel Avengers, as your gameplay experience can vary quite significantly based on the character you choose. Currently, there are six playable heroes in the game’s roster, comprising of Captain America, Thor, Hulk, Ms. Marvel, Black Widow, and Iron Man.

Leveling up the characters is very important for completing some of the higher leveled missions. If you are struggling to level up your characters, here are some tips to reach level 50 very quickly.

The HARM room in Marvel’s Avengers is not only a place to get a hang of the characters, but it can help level up characters really quickly as well. There are two ways in which you can level up characters quickly using the HARM room. The first method can be used for any hero. Select any HARM level and proceed with the objectives. When you are done with the mission, you can restart it over again and keep doing it until you have reached a level of your choice.

The second method is only available for some heroes like Thor. In the last part of the HARM mission, you have to use Thor’s Ultimate Heroic to take out the enemies. The trick is that you shouldn’t use the Heroic, but instead keep using your melee moves to take down the enemies. This will keep spawning an unlimited wave of enemies. Using this method, you can level up your enemies to the maximum level in about two to three hours.

Obviously, finishing the Campaign missions and other missions such as Drop Zone award a fair amount of XP as well, but the HARM missions offer a more streamlined way of leveling up your characters.