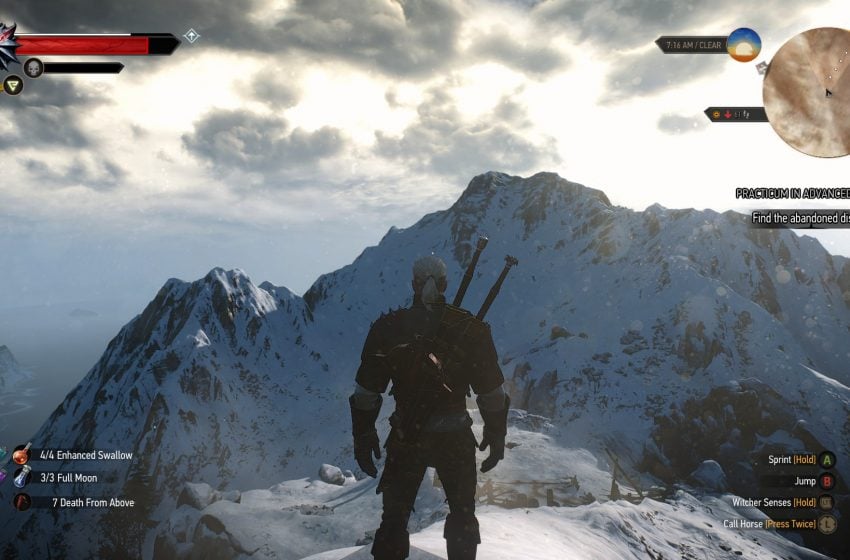 The Witcher 3: Wild Hunt is a massive game full of adventure, interesting characters, insightful quests, and treacherous combat. but the start of the game can feel a little difficult for new players because of how much time it takes the level up a low-level Geralt. He doesn’t have too many skills unlocked, and his gear is not the best, making for a difficult time to fight the nasty monsters.

There are a few things you can do to level up fast in Witcher 3.

Focus on Side Quests, and Avoid the Main Story

You want to explore these massive areas, and even do some backtracking to return to locations to do the quest you’ve been holding off from doing.

Take a look at your quest log to see if you’re ready to do some of the harder quests you weren’t leveled to do, or see how close some of them are from others. You can sometimes knock out several quests if they’re closer together.

The signposts in the game are how you can use the fast travel system. You want to be able to travel around the map within seconds rather than traveling on Roach the entire time, despite how beautiful the game looks.

You can quickly move to the next destination of your quest and then return to the quest giver when you finish things up.

It’s a great way to make sure you stay on top of the map, too. You’ll be able to avoid the nasty monsters you encounter along the way who could make traveling between quest locations take longer.

The smaller towns are where you’re going to find a small board with a series of quests available for you to take. Geralt usually picks and chooses his tasks, but when he needs money, almost anything sounds like a good idea.

It’s similar to making sure you have all of the signposts unlocked on your map. The more towns you visit, you gain more access to quests and can level up Geralt significantly faster.

Speaking of towns, these are great locations to meet blacksmiths and merchants. These vendors can trade some of the useless junk you acquired, or you can sell them some of your older supplies for money. Some of them may have some notable gear you can use to upgrade Geralt to keep him in ahead of the curve. If you’re watching your weapons, armor, and the type of runes you have available, you’ll be able to optimize your build to face any threat you encounter, even if they’re a bit stronger than you.

Admittedly, the best gear is stuff you’ll find from completing treasure hunts and unlocking the different Witcher schools, such as the Serpentine, Griffin, Feline, Wolven, Viper, Manticore, and Ursine sets. When you grab these quests, double-check the quest level and your level to see if you’re ready to embark on these journeys.

Complete All of White Orchard

Before you begin your journey out of the tutorial area of White Orchard, you’ll want to complete all of the tasks here. Doing this places your best foot forward before you enter the open-world portion of the game. It’s a small area compared to the rest of the game, but spending a little extra time during the early portion gives you an excellent start forward.

Look for Gear With XP Boosts

The final thing you want to do to give yourself the best boost in The Witcher 3 is to wield specific pieces of gear during your journey. You want to locate special Green-colored equipment and read the fine text of these weapon pieces.

For example, if you have a Green-text silver sword, you may earn a 20 percent XP boost from killing monsters. Depending on the trophy you have Roach carrying, you can receive an additional 5 percent experience increase to killing humans, non-humans, or monsters. 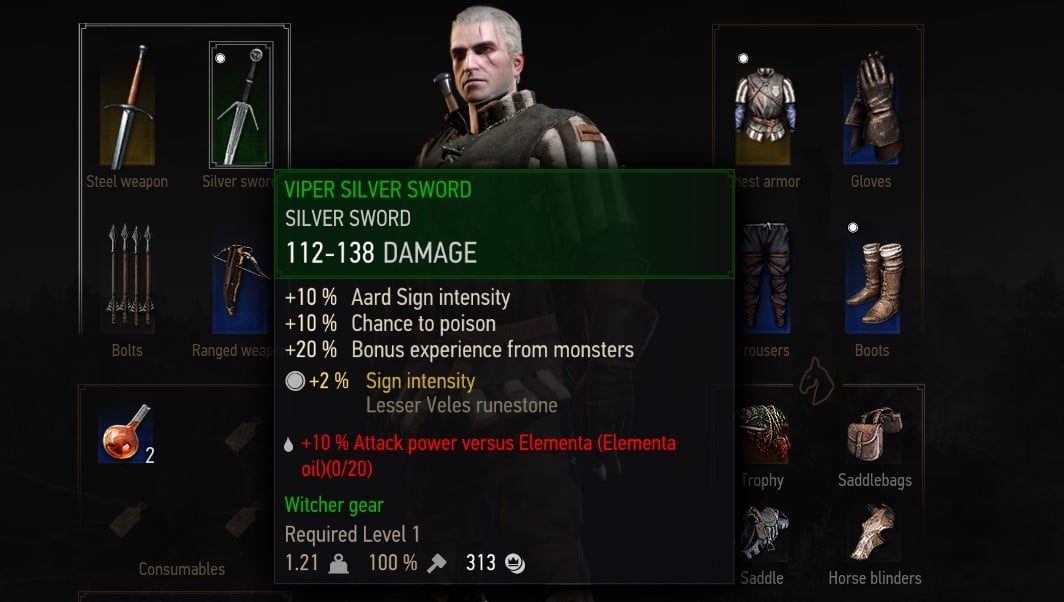 You’ll want to read the text of every weapon you wield. If you’re double-checking the bonuses, you can gain more experience for the fighting you have to do for the side quests or tasks you’re completing, which offer the largest XP payouts.