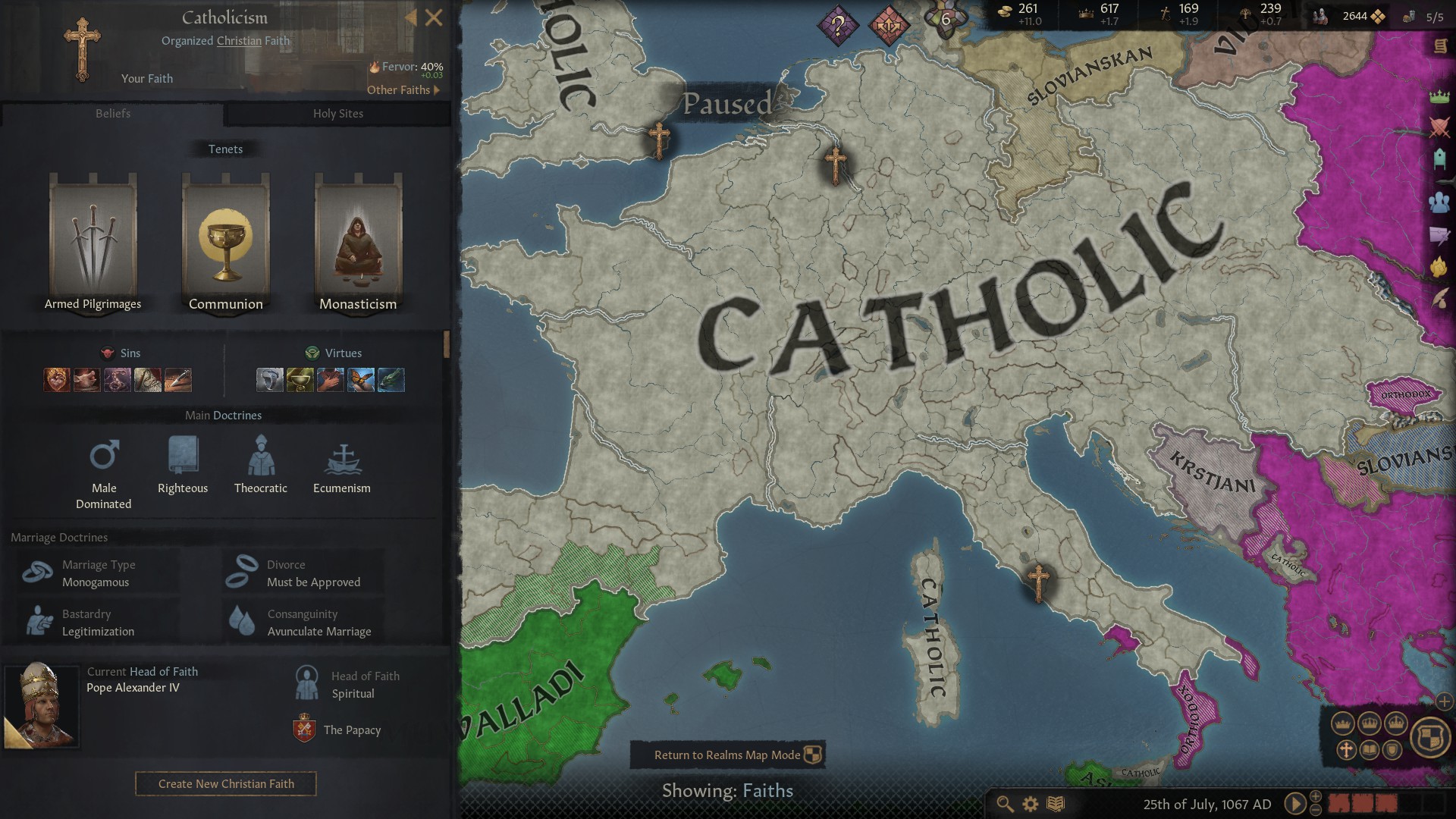 Crusader Kings 3 gained a completely revamped faith system, and now it’s much easier to do whatever you want with faith. The new system seems to take some level of inspiration from Europa Universalis’ Protestantism. That feature allowed players to control the perks of that faith somewhat. The Crusader Kings 3 faith customization is even bigger, making faith customization much more interesting this time around.

Every religion in the game has roleplay effects that followers of that faith must adhere to. Failing to do so means that you are not as devout as you ought to be in that faith. These aspects of religion relate to crime, marriage, sins, virtues, and more. All these aspects of your faith are changeable if you decide to make your faith within a religion.

To make your faith, all you need to do is enter the religion tab by clicking on Piety in the top right. From there, a new menu will open with the option to create your faith at the bottom of the menu. This brings up a new interface that allows you to select the name, adjectives, and other language options of the faith. It will also allow you to choose what is a virtue or a sin and how you want your doctrines to work in every category. You can also select your tenets, which allow you access to different options in the game or bonuses that affect characters in that faith.

Characters may only create a new faith or reform a religion once per lifetime. Creating a new faith and customizing that faith to whatever suits you will come with a direct piety cost. Some faiths can be really cheap, but a fully customized faith costs a lot of piety.

However, you should know that creating a faith is a heresy under your main religion and will hurt members of other faiths. For example, any heretic in Christianity will automatically have issues with Catholics. The old faith and yourself will gain the ability to pursue Holy Wars against each other, gain the ability to usurp titles, and lower character opinions. So be ready if you want to go down that route.

As for reforming faiths, pagan faiths that are unreformed are easily susceptible to conversion to the reformed faith in their religion. This makes it easier to create a reformed faith and see a pagan playthrough succeed. Either way, creating a new faith certainly creates strong decision making and great gameplay.