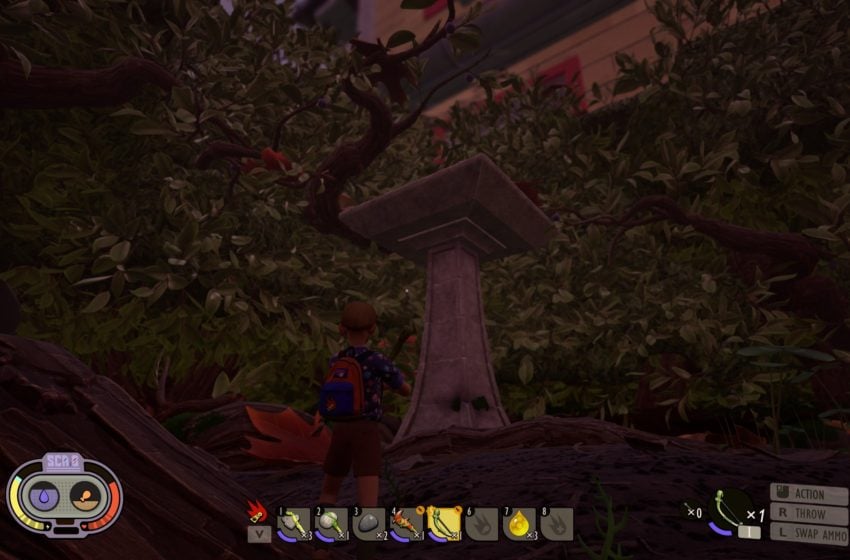 A level two hammer in Grounded is not easy to attain, even if the first hammer you made was from simple grass threads and small rocks. For those looking to get higher tier tools, you need to put in a good chunk of effort. You need to take on some of the challenging bugs in Grounded, namely the Stinkbug. It’s a large creature you can usually find at the southwest portion of the map underneath the rake.

The level 2 hammer in Grounded is called an insect hammer. You can learn how to make the hammer by analyzing stinkbug parts or boiling glands that come from bombardiers. Both of these insects are difficult to take down, but to advance in the game, you need to fight the fiercest foes. You can find the bombardiers and stinkbugs close to each other at the southwest portion of the map, to the east of the canister of bug spray.

After you learn how to make your insect hammer, it’s time to recover all of the proper resources to make it. Here’s what you need:

Of the resources, berry leather will be the easiest to obtain, if only because you have to fight stinkbugs and bombardiers for the other items. You can only find berries at the berry tree to the southeast part of the map. There are plenty of spiders and larger insects hanging out there, so you need to be careful when venturing out there.

For the stinkbug gas sacks and boiling glands, you need to take on stinkbugs and bombardiers to obtain those. The best method to take on these large bugs is to use ranged weapons, specifically the Sprig bow, and make sure you bring plenty of arrows. It’s all about keeping your distance to take them out and avoid trying to get too close to them.

Once you have all of your supplies for the hammer, return to a workbench and craft your well-deserved hammer. It will take a bit of time before you’re ready for it, and it never hurts to bring a friend with you.