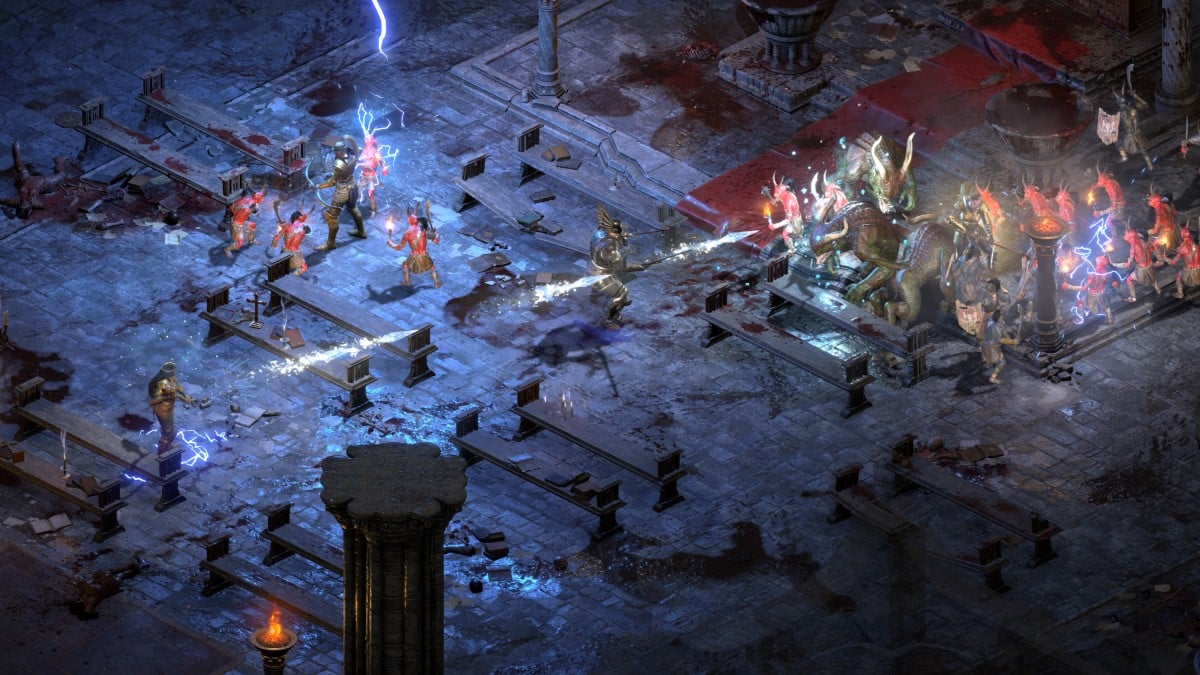 The best runewords in Diablo 2: Resurrected are, let’s be honest, the really overpowered ones. The Insight runeword, for polearms or staves, is one of the most overpowered of all, but most players don’t wield it themselves. Instead, they equip it to their mercenary in order to benefit from its Meditation aura, which greatly boosts the player’s own mana regeneration. Polearms are a more popular base for this runeword than staves, but you can basically follow the same recipe if you want an Insight stave. The runeword you need is RalTirTalSol, so make sure you add the runes in exactly that order.

How to get a 4-socket polearm

You might, if you’re lucky, find a 4-socket polearm in a loot drop or merchant, but only in an area of the correct level. The best place to look is on the secret cow level on Normal difficulty, but you might also find one anywhere between the start of Act IV and The Worldstone Keep level 2 on Normal difficulty, or anywhere up to the Monastery Barracks on Nightmare difficulty.

If you reach Act V and still haven’t been lucky enough to find a 4-socket polearm, you can ask Larzuk, the Harrogath blacksmith, to make you one upon completion of the Siege Of Harrogath quest. He’ll only do this once though, so make sure you use the correct polearm. It can be any type except a bardiche, which can have a maximum of three sockets, and it must have been obtained in one of the areas defined above. Again, the secret cow level on Normal is probably your best bet.

It’s also possible to create a 4-socket polearm in the Horadric Cube, but this method is too much of a gamble to recommend.

How to get the Ral, Tir, Tal, and Sol runes

The Ral, Tir, and Tal runes can all be obtained from The Countess or Hellforge on Normal difficulty, but if you’re planning on farming the runes for this recipe, you might as well get them all from The Countess on Nightmare difficulty (or above), because that’s the only reliable way to get hold of a Sol rune.

If you somehow end up with three Amn runes and no Sol rune, you can combine those Amn runes with a chipped amethyst in the Horadric Cube to make a Sol rune. Add the runes to the polearm in the correct order and you will get an Insight polearm with this long list of bonuses: