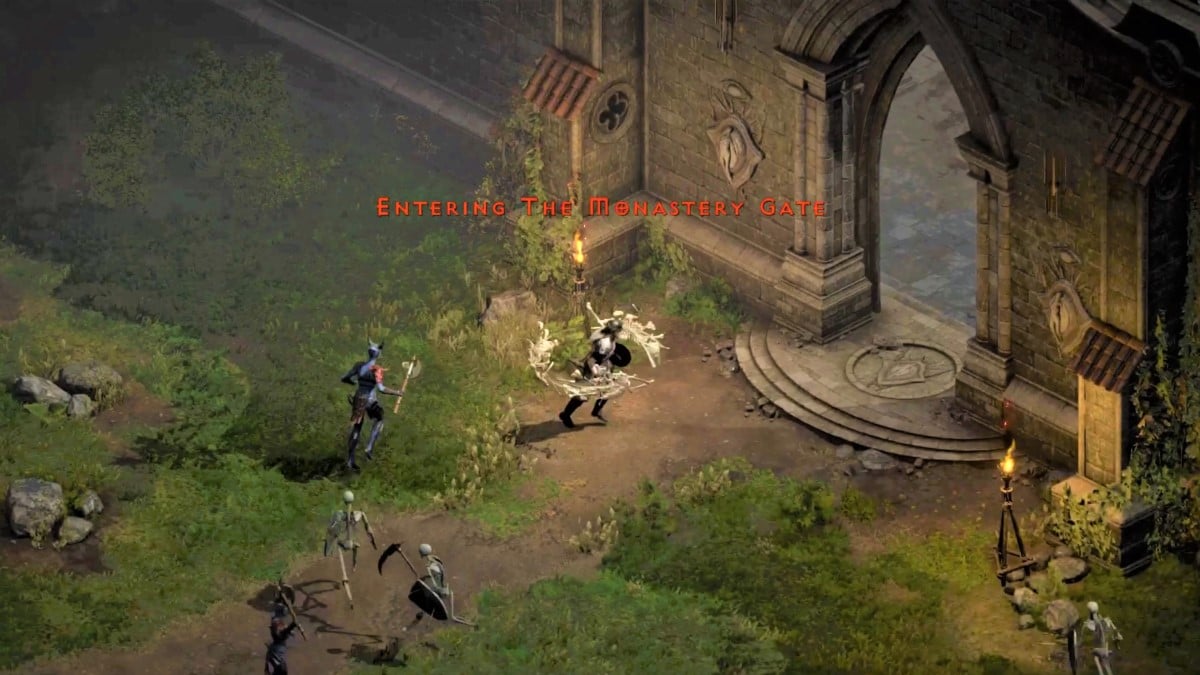 Finding the location of the Monastery Barracks is necessary for two Act 1, Rogue Encampment quests in Diablo II: Resurrected. The first is Tools Of The Grade, given to you by Charsi the blacksmith, and the second is Sisters To The Slaughter, given to you by Deckard Cain.

The exact location of the Monastery Barracks varies because of the game’s randomly generated maps, but it can always be found at the end of a road in the Tamoe Highland. Assuming you’ve already completed the Forgotten Tower quest, you’ll now know where the Black Marsh is, so either follow the Black Marsh’s roads or outer perimeter until you find the road to the Tamoe Highland.

Related: How to beat Baal in Diablo 2: Resurrected

The road through the Tamoe Highland splits and leads to various destinations, and it’s impossible to know which fork leads to the Monastery Barracks because of the random nature of the map. But you can be sure that one of those roads will get you to where you want to go.

Look out for a gate in the middle of a long wall marked on your mini-map. When the game tells you you’re entering the Monastery Gate then you’ve found it. Battle your way inside and there should be a Waypoint somewhere in the central courtyard.