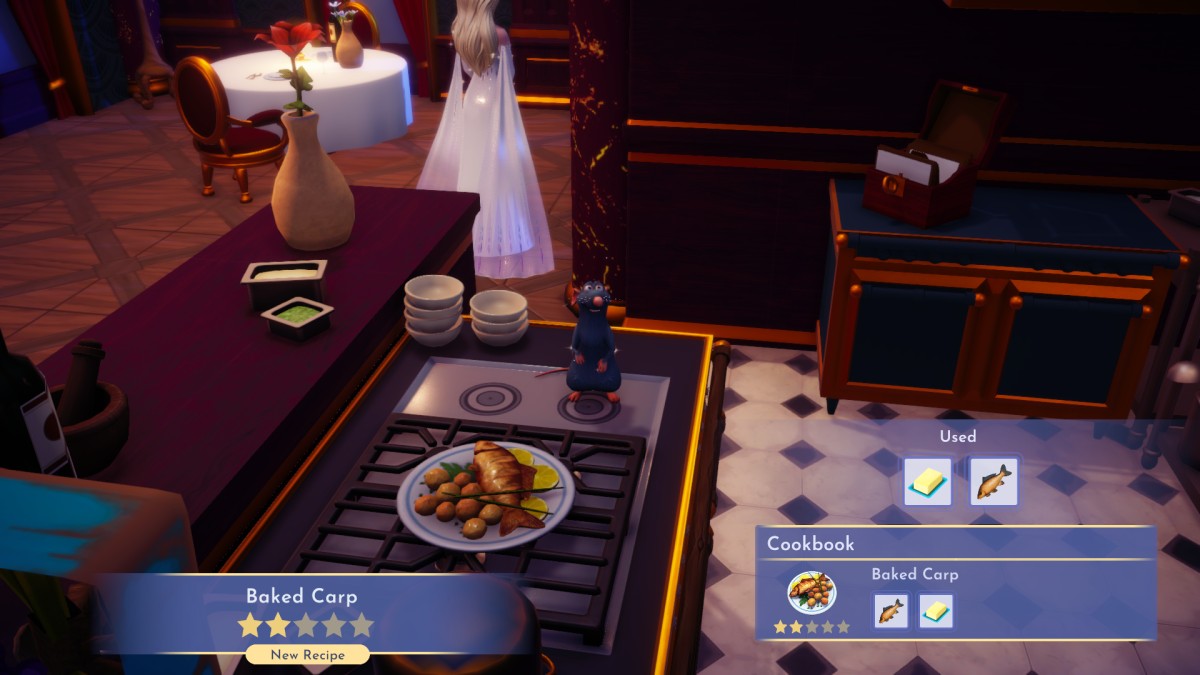 Fishing is one of the most important features in Disney Dreamlight Valley due to its integration in various quests and recipes. The game also has a considerable amount of different fish species that can be used to create unique recipes. A specific recipe that can easily be made and also has a relatively high value is the Baked Carp recipe. Here’s how you can make it.

To make this dish, you’ll only need to use the following two ingredients:

Carp is a fish that can be caught in both the Sunlit Plateau and the Forest of Valor biomes. You’ll need to use your Fishing Rod on spots with blue bubbles in order to obtain it. The sale price for this particular species is average, as it only goes for 400 Star Coins. It does provide a decent amount of stamina, however, at 800 Energy.

You’ll also have to unlock either of the two biomes first in order to get what you need. The Sunlit Plateau biome can be unlocked for 7,000 Dreamlight while the Forest of Valor biome can be accessed for 3,000 Dreamlight. If you’re in a rush to capture Carp, we recommend opting for the latter as it is the cheaper of the two areas.

The second ingredient, Butter, is purchasable at the Chez Remy pantry once you’ve unlocked Remy. You’ll also need to complete his first two quests where he asks for help renovating his restaurant to make the aforementioned ingredient available for sale.

If you plan on selling Baked Carp once you’ve cooked it, this dish does sell for a decent amount at 767 Star Coins even if it is only a 2-star recipe. Even more significant is its stamina-restoring capabilities, as it provides up to 1894 Energy when consumed.