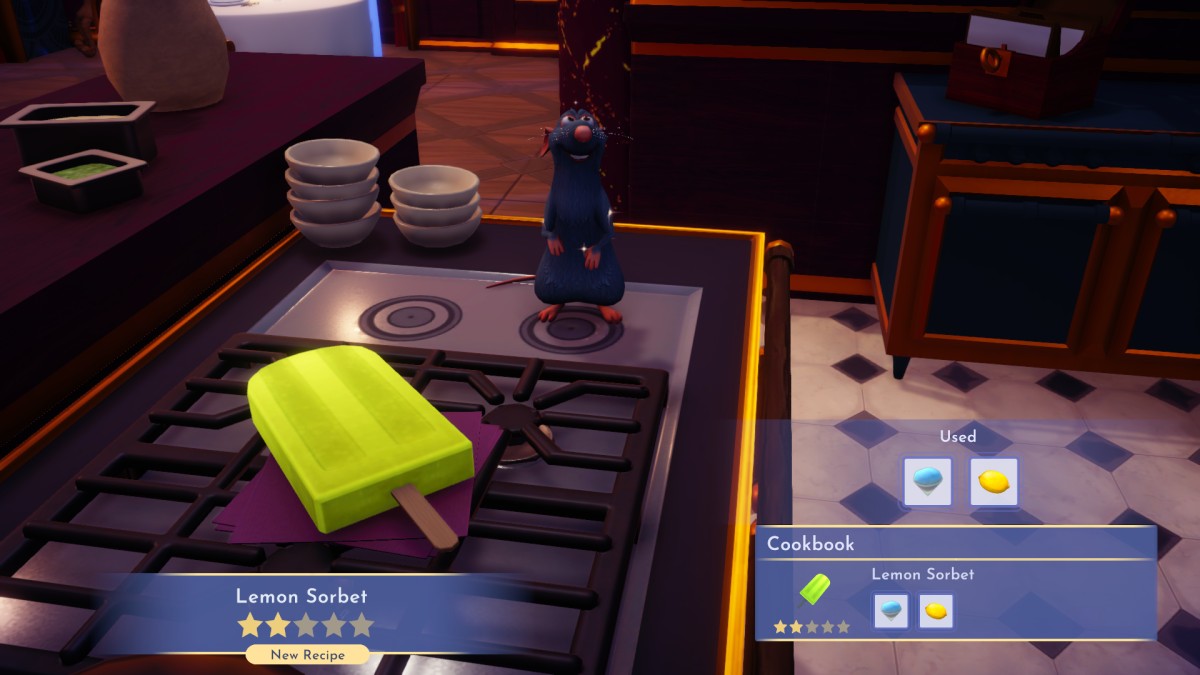 A multitude of recipes can be discovered and made as you continue to explore the world of Disney Dreamlight Valley. Plenty of mouth-watering appetizers and entrees make up the delectable dish list of the game. There are also an abundant amount of delectable sweet treats that can be eaten, sold, or given as gifts. One example of an in-game dessert is the Lemon Sorbet, which we’ll be showing you how to make.

Each dish in Disney Dreamlight Valley is given a corresponding star rating, which reflects the number of ingredients used for the recipe. Since the Lemon Sorbet is a 2-star dessert, it is made up of the following two ingredients:

Where to find Lemons

Lemons can be found growing on trees throughout the Forest of Valor and Glade of Trust biomes. Before you can harvest them, however, you will have to unlock these areas first by spending 3,000 and 5,000 Dreamlight, respectively.

Where to find Ice Slush

The second ingredient, Ice Slush, can be purchased at the Chez Remy pantry for 150 Star Coins. But before it can be made available for sale, you will have to unlock Remy from the Dream Castle and his last quest, called the Unknown Flavor, also needs to be finished. In it, you will be asked to help Remy recreate the Vanilla Ice Cream recipe, which requires Ice Slush.

Related: The best way to get Star Coins in Disney Dreamlight Valley

Unfortunately, the Lemon Sorbet doesn’t have much value in terms of its selling price as it can only be sold for 237 Star Coins, and since the Ice Slush itself already costs 150 Star Coins, you would only be making a profit of 87 Star Coins. On the other hand, it does refill a significant amount of stamina as it provides 1,112 Energy when consumed.