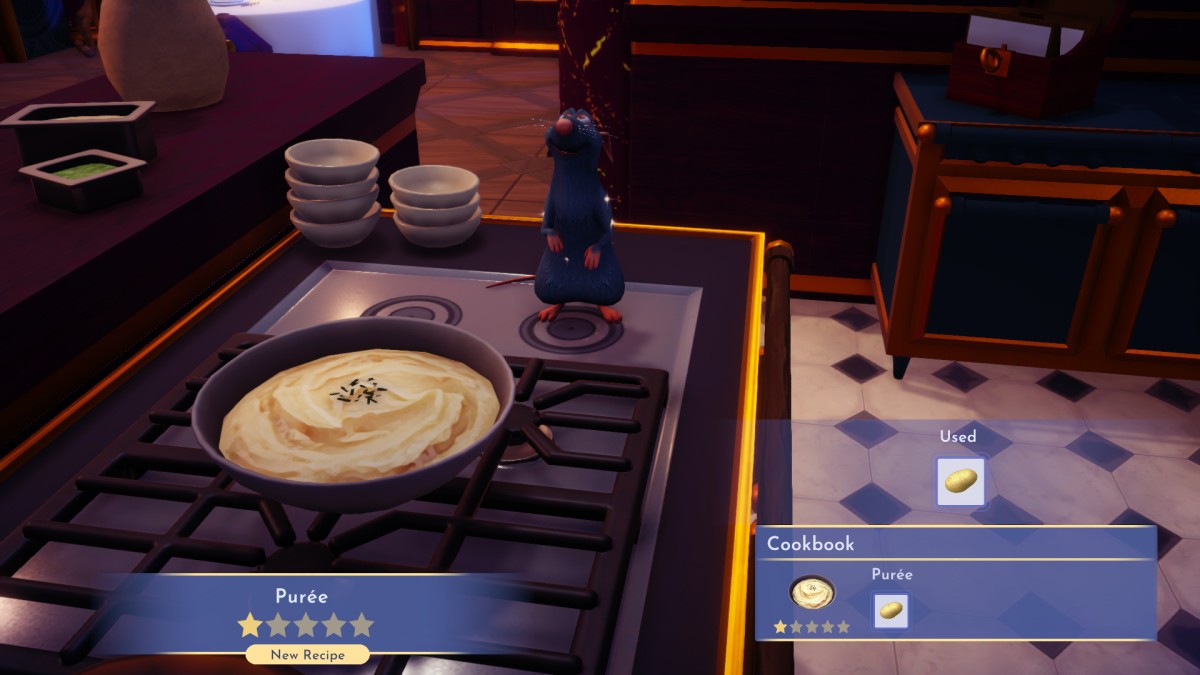 Meals created within Disney Dreamlight Valley aren’t only meant for consumption as they can also be used as gifts to other residents and as products that can be sold for a profit. The game’s imaginative cookbook of both simple and fancy recipes is home to many widely known dishes. A dish that is easy to make and is particularly well-known in real life is the Puree recipe. Here is what you’ll need to make it.

Related: How to make Sauteed Mushrooms in Disney Dreamlight Valley

This dish is a 1-star appetizer that is incredibly easy to create as it’s only made up of the following ingredient:

To make the Puree recipe, you only need to acquire a single ingredient which is a Potato. Potatoes and Potato Seeds can be purchased in the Forgotten Lands biome for 189 and 55 Star Coins respectively once you repair Goofy’s Stall. Keep in mind, though, that Potato Seeds take a moderate amount of time to grow at 35 minutes so you’ll have to plant a big batch if you want to keep some in storage.

The reconstruction of the stall also requires you to spend 4,000 Star Coins and if you want to upgrade it to gain access to additional purchasable ingredients, you’ll need to spend another 12,500 Star Coins.

In order to access this area, however, you will have to collect and spend 15,000 Dreamlight first. You’ll also have to open the Sunlit Plateau biome as well because the Forgotten Lands biome is only accessible through there.

Since the Puree is only a 1-star dish, it doesn’t hold a lot of value in terms of its sale price as it can only be sold for 151 Star Coins. It also only provides a small amount of stamina restoration because it only gives 230 Energy when consumed.