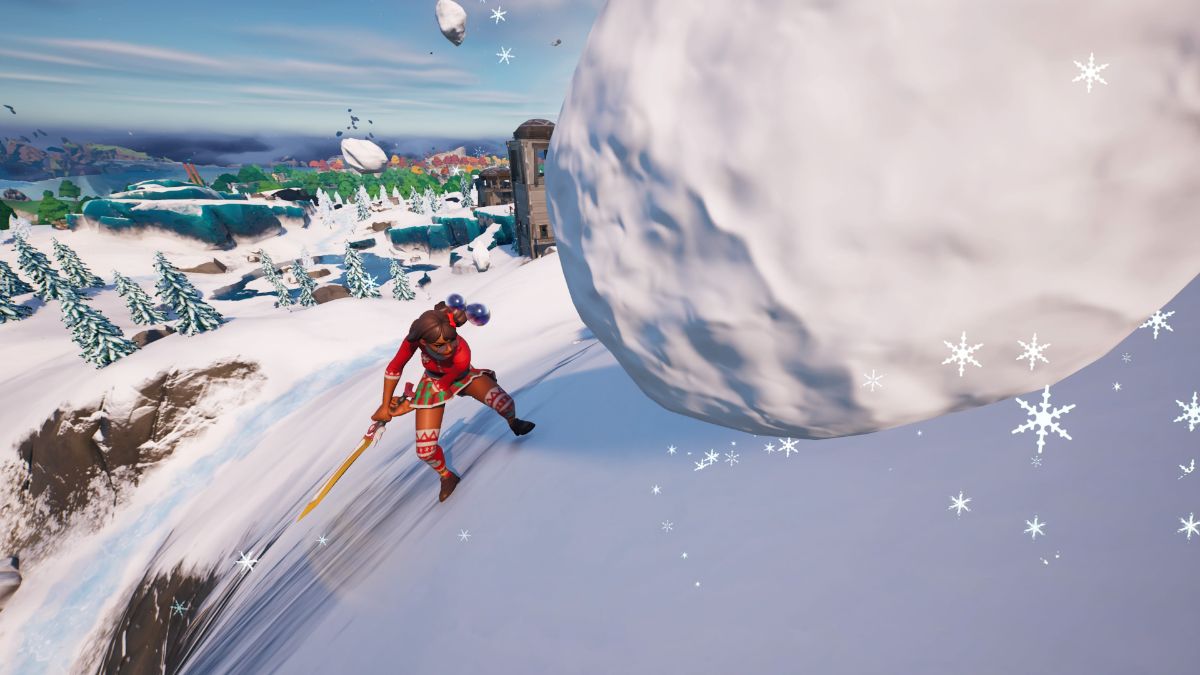 The Fortnite Chapter 4 Season 1 island map has a huge snow covered area in its northeastern region. The most important locations in this area are Brutal Bastion and Lonely Labs, but there’s also fun to be had in places such as Cold Cavern, Frosty Firs, and Frostbite Falls. And for the first time in Fortnite, you can build snowballs. And we’re not just talking little hand-grenade-sized snowballs for throwing at your enemies, or even for launching from a Snowball Launcher. We’re talking large, boulder-sized snowballs that you can hide inside, and even roll into your enemies.

Related: Where to find the Chug Cannon in Fortnite Chapter 4 Season 1

How to make a snowball in Fortnite

To make a snowball in Fortnite Chapter 4 Season 1, simply go anywhere where there’s snow on the ground and start hitting the snow with your Harvesting Tool. The more times you hit the snow in the same spot, the larger your snowball will grow, and the more health it will have.

Once your snowball is big enough, you’ll be able to hide inside it by going up to it and pressing Square/X/Y. But simply hiding inside a giant snowball isn’t much fun. It’s not much tactical use either, as a lot of players who see a snowball just sitting there are going to be suspicious and start shooting at it.

Snowballs only really become fun when they’re moving. To make your snowball move, give it a whack with your Harvesting Tool, then quickly hide in before it rolls away. If you built your snowball on flat ground, then it won’t roll very fast or very far. But if you built it on a slope, then it will really build up some speed. This is why we recommend building snowballs on high mountainsides, the best spot being the very peak of Stormy Spire.