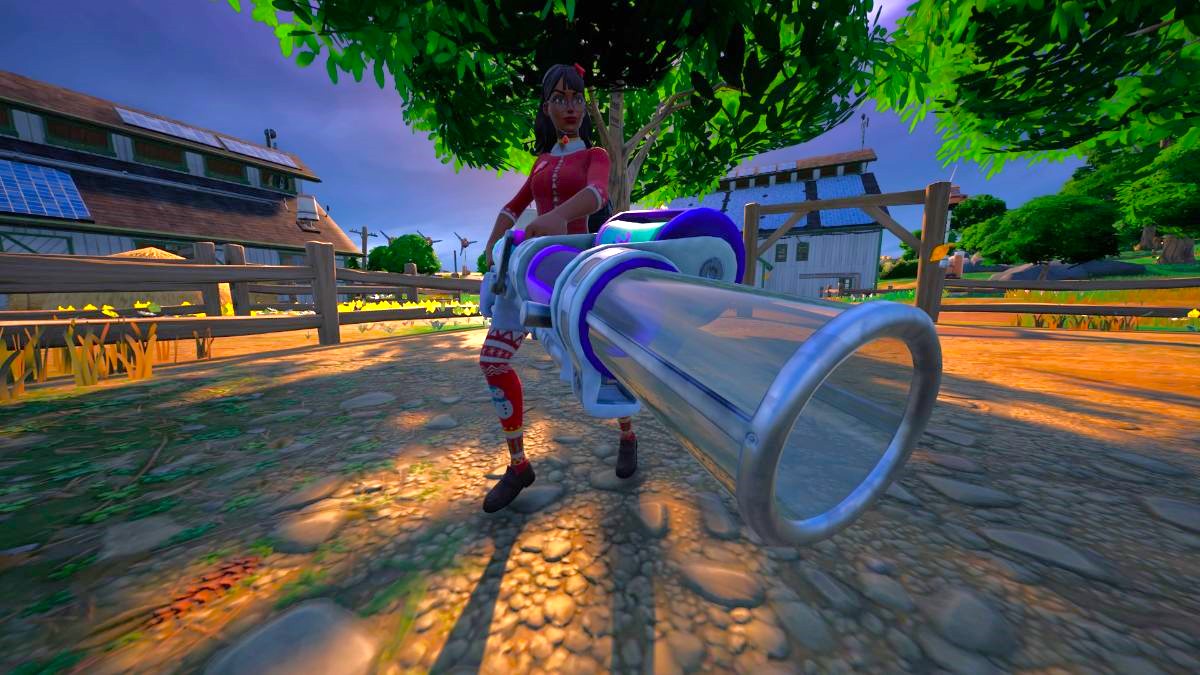 The Chug Cannon is an Exotic weapon in Fortnite Chapter 4 Season 1. It doesn’t actually do any damage. Instead, the Chug Cannon works like a kind of high-capacity, rapid-fire Chug Splash. So, when you shoot it at teammates they get their shields increased, and if you shoot it at your own feet, or against a vertical surface that you’re standing right next to, then you get your shields increased. The Chug Cannon is a big, heavy weapon too. So big that it takes up two slots in your inventory. On top of that, it can only be found in one location on the map, and it’s expensive to buy. But if you’re playing in a team, it can be a very powerful support weapon. It’s useful in Solo matches too, but probably not worth the cost.

Related: Where to find Slap Juice in Fortnite Chapter 4 Season 1

In Fortnite Chapter 4 Season 1, the Chug Cannon can only be obtained by buying it from Sunflower, an NPC you can find in a small orchard on the north side of the main farm in the middle of Frenzy Fields. Sunflower is dressed as a traditional farm girl, complete with overalls, gloves, boots and a cute straw hat. She’ll also wave at you when you’re nearby — that’s how keen she is that you should have a Chug Cannon.

The Chug Cannon costs 600 Gold Bars, which is a lot for a weapon you’re only going to be able to use for one match. To put that price in perspective, that’s the number of Gold Bars you’d earn from completing eight bounties. It’s definitely not an impulse buy, but if you’re playing as part of a well-organized team of four, then fighting with three teammates in close formation in front of you, while you blast them from behind with the Chig Cannon can be an unstoppable strategy.