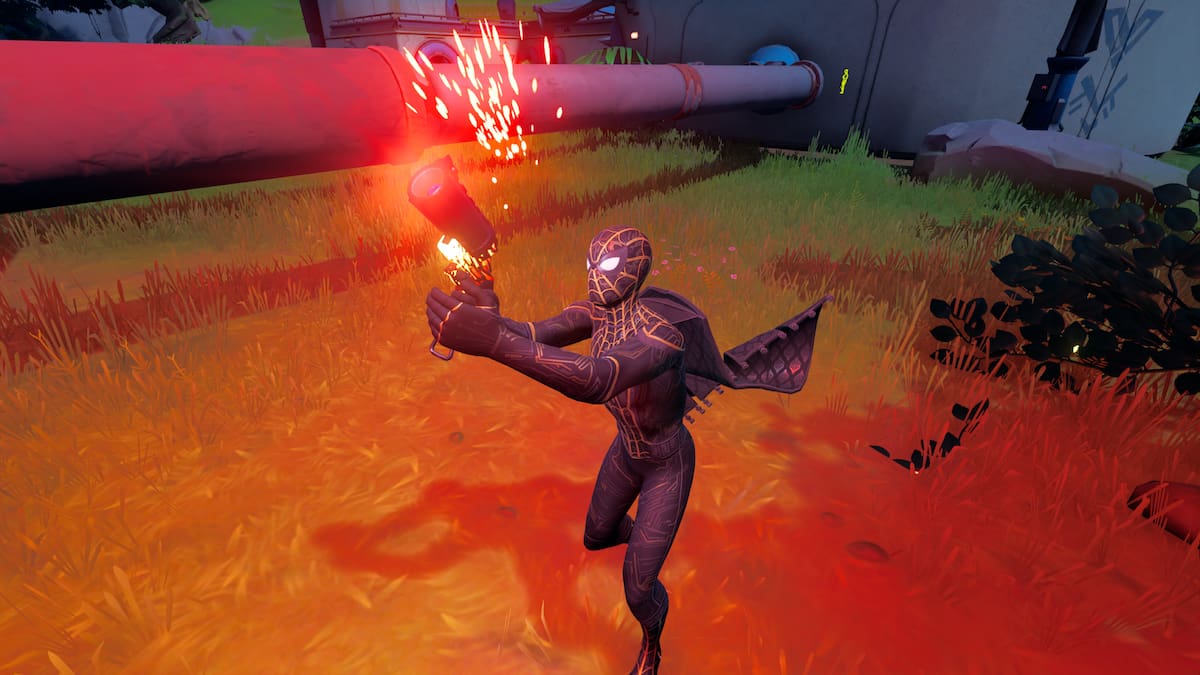 If players have managed to discover the now-unvaulted Flare Gun in Fortnite Chapter 3 Season 1, they’ll witness some major firepower when aimed at enemies. However, the weapon can be best utilized to highlight everyone nearby, allowing users to pick off these players one by one. That being said, there are a few caveats players must know of before attempting to mark enemies with the Flare Gun.

Instead of aiming the Flare Gun at anything nearby, players can only mark opponents when the gun is shot directly up into the sky. If done correctly, a blue grid should appear on your screen and should start marking enemies via red triangles if they are close (as shown below). Players will need to make sure that the flare is shot high enough, as the marking sequence will quickly come to a halt if the flare hits an object or the ground.

Luckily, the marker will track enemies while they are moving for quite a while; however, once an enemy leaves the blue grid, the flare will no longer mark them. Additionally, the gun is also great for finding NPCs in your area. After it is shot, these characters will be tagged with a red diamond — not to be confused with the triangle that appears above enemy players.