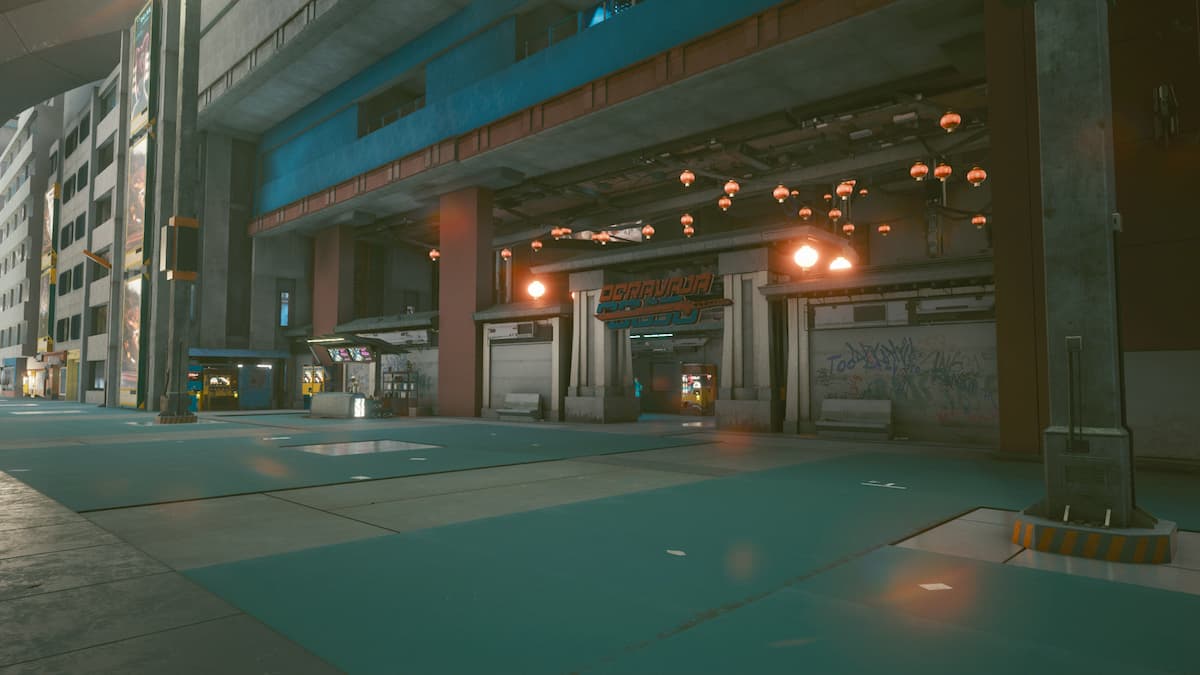 It’s pretty easy to get into a situation well above your head, and in Cyberpunk 2077, in the Bloodsport gig, a coach has gotten in deep with the Tyger Claws. You can find the coach at one of the gang’s dojos, and you need to go in there without causing too much trouble and raising the alarm. If you make it out of there calmly, things should calm down smoothly. The client would prefer if you did not go in guns blazing.

Where to find the Tyger Claws’ Dojo

The exact location for the Dojo you need to find is nearby the bridge the connects Watson to City Central, on the west side. You’ll be able to find it pretty quick, and again, go in calmly. You don’t want to raise the alarm, and if you succeed at this, there’s always a bonus in it for you.

How to sneak into the dojo and find Roh

When you approach the entrance to the Dojo, the Tyger Claw gang members don’t want to let you in, and they’ll wave you away at gunpoint. Your best bet is to sneak into the Dojo to find Roh, and to do that, proceed to the right to the alleyway next to the Dojo, and you can find a small pile of crates. Jump on them, and scale the wall to jump over to the other side. Once over there, jump on top of the vendor stalls to make it onto the roof. Now, you’re in hostile territory.

There are two key ways to enter the building that require some decent numbers in your ability slot. The first on the far side of the roof, and there’s a window you can access and only open if you have eight points in your technical ability. On the same side of that window, down below on street level, is a door you can force open if you have eight points in body. We did not have those points, so the only way to sneak inside was the window directly at the roof’s center, overlooking two guards at the Dojo’s entrance.

All you have to do is distract the guard on the left, and they should be too busy looking at your distraction to notice you take them both out. However, a guard is working out in the next room, and if you are not careful while taking out the second guard, they will spot you. There’s a dump container in the room you can hide both bodies. Once those two are taken care of, continue into the Dojo.

You now need to sneak through the Dojo, away from the fighters and their trainer. You may want to use the camera to distract everyone. However, if you’re careful, you sneak past all of them without them fully seeing you, even if their notice turns red. But there are two security cameras here, one overlooking the fighting area and a second in the hallway. Make sure to disable them.

After slipping past them, you now have to deal with the guy practicing in the other room, the one who can potentially notice you in the first taking out those guards. There’s a camera in this room, so make sure to take care of the camera, knock the guy out, and then advance downstairs. If you had had a technical ability or body of eight, you could bypass these sections.

When you arrive at the basement level of the Dojo, there are two guards down here. One of them is busy with Roh, so you can choose to get off them first or take out the other in the larger room. If you take out the guard in the other room, there’s a camera overlooking them, so disable the camera before entering and taking them out. After that, incapacitate the one attacking Roh. When you speak to Roh, you can choose to leave immediately or wait a second before the two of you head out. You’ll need to sneak back out of the Dojo.

The last thing you need to do is lead Roh out of the Dojo. You can do that by making your way back to the stairwell, taking the exit in that room, and then walking out the front door. You’ll complete the mission after escorting Roh to the Fixer’s car.