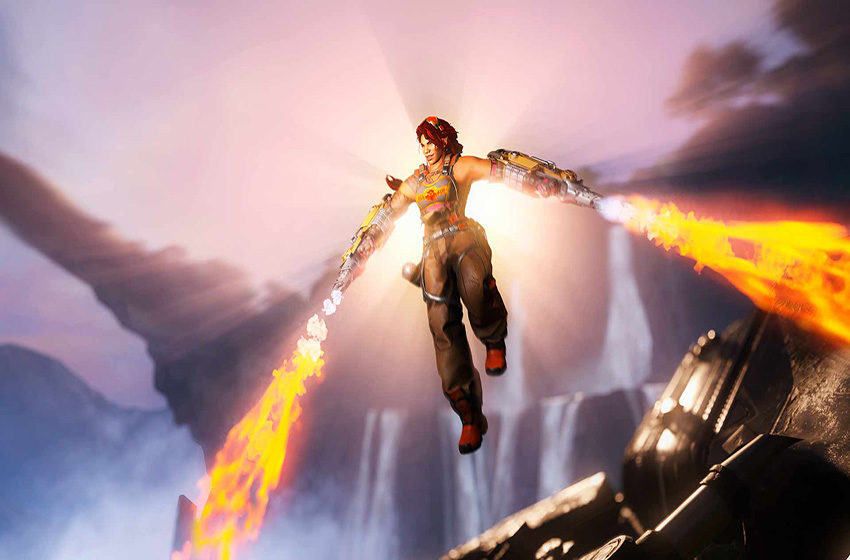 Summer is one of the ten playable characters in Crucible. Growing up in a family of spaceship builders was incredibly dull for her. She longed for adventure and made herself the best fighter in her solar system. With her two wrist-mounted flamethrowers, the situation tends to get hot when she is around. Here is how to play her in-game.

As mentioned above, Summer has two wrist flamethrowers that are her firepower. Holding down the main fire will burst out two streams of fire.

Her passive ability is one of the most interesting abilities you will see in a hero shooter. Instead of her abilities cooling down before you can use them again, Summer’s can overheat. Her main fire and abilities will cause the flamethrowers to warm up. This means that you can use abilities back to back, but if your flamethrowers overheat, you cannot use any abilities or your main fire until they cooldown enough.

Her Shift ability is Firepulse Thrusters. This lifts her and moves her forward.

Pressing Q uses her Magma Spiral. This will send her spinning straight up in the air while spreading fire below.

Ignition Spark is her E ability and lets out a blast that knocks both you and the enemy away.

Right-clicking uses Fireball, which creates a blast that will detonate on impact.

Summer’s essence upgrades mostly focus on her flamethrowers and the overheat passive ability.

At level one, you can increase the flamethrower range by 50%, cause creatures you catch on fire to drop essence as they take damage, or you can jump while using Firepulse Thruster to damage and knockback opponents.

At level two, the flamethrowers deal an extra 40% damage when the heat gauge is over half full.

At level four, the overall time to recover from overheat is four seconds instead of five.

At level five, maximum heat is increased to 275, or quick melee delivers two attacks that deal 40 damage and 40 damage over time when overheated.

While not being able to use your flamethrowers for five seconds during a fight is not desirable, you can still melee and deal damage that way until they get back on. Also, instead of using your abilities consecutively back to back, use them in spurts. Just enough to make sure you use an additional one in a pinch if needed.