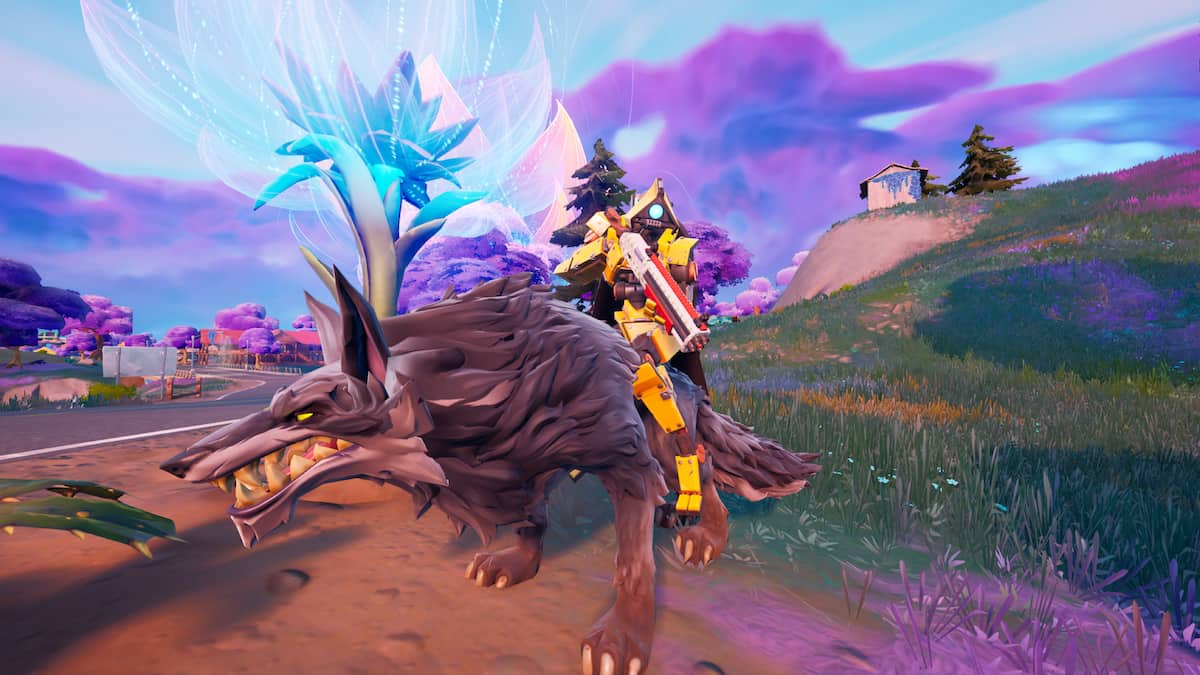 From sliding to mantling, Fortnite’s third chapter has already delivered some of the most innovative mechanics yet. However, with the debut of Chapter 3 Season 3, players now have the ability to ride a majority of the animals on its map, which has been a highly requested feature since animals began showing up in the game. It may not sound like a ground-breaking change at first, but the new feature has more benefits than meets the eye. Here’s how to ride on animals and become an unstoppable force.

Players can control and ride any one of the boars or wolves around the map simply by jumping on top of them. Keep in mind, each of these species are fairly quick, so we recommend sneaking up on an animal to guarantee your chance of success. Once you’ve gained full control, the animal can be used in the same manner as cars, but you can also charge toward enemies with them by holding down the left joystick (or up arrow, for those on PC).

More importantly, you can also switch to any weapon in your inventory and fire it while riding an animal, making you a deadly opponent and hard to get a hold of in gunfights. Players who ride animals for the first time can even nab some easy XP, as well. This can happen by doing the Zero Week quest of riding both a boar and a wolf which leads to an additional 15,000 XP upon completion. It is certainly much needed as the season’s Battle Pass offers a handful of skins to unlock, such as Darth Vader and the incredibly stylish Evie.