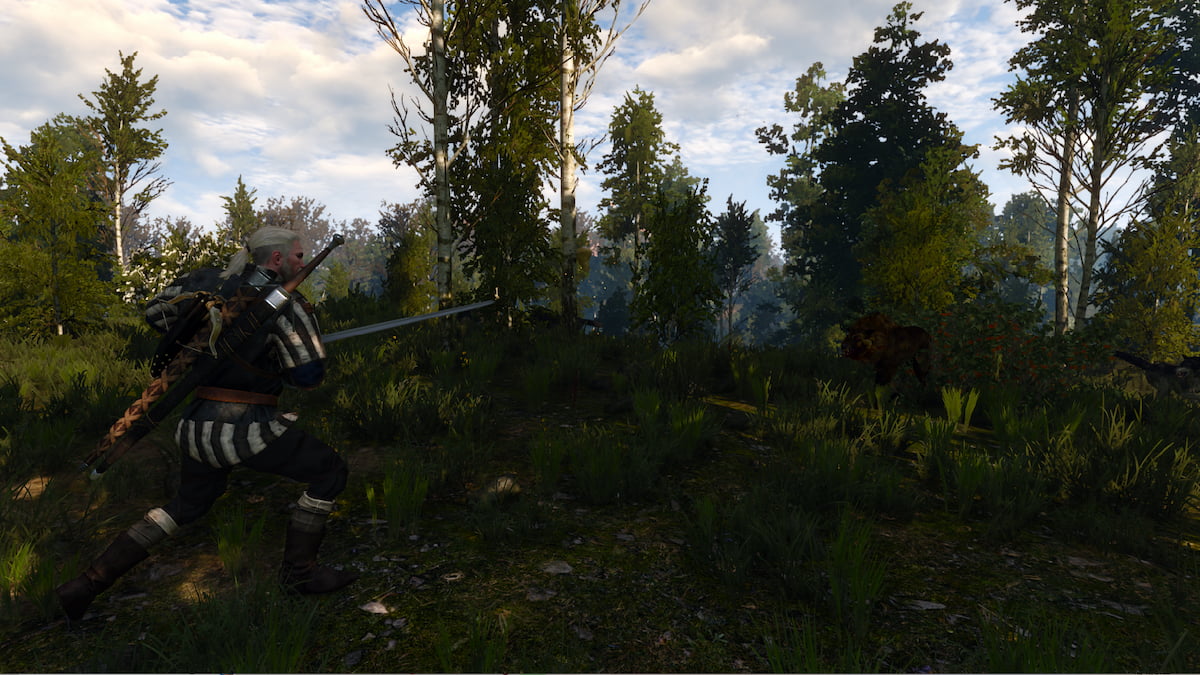 Death March is the hardest difficulty in The Witcher 3: Wild Hunt, and it is not for the faint of heart. We do not recommend this difficulty if it is your first time playing the game. Even if it is not your first time, there are a few things you should know if you want to make it beyond White Orchard and into the rest of the game. Here’s what you need to know about surviving Death March’s difficulty in The Witcher 3: Wild Hunt.

The best way to play Death March difficulty in The Witcher 3: Wild Hunt

The in-game menu does not describe how Death March increases the difficulty in The Witcher 3, so you’re left in the dark about what will happen when you launch the game. In the code, the enemies have 80% more health and they will deal 230% more damage than they typically do, making every encounter more challenging, regardless of the enemy.

Related: Where to find Arenaria in The Witcher 3: Wild Hunt

The battles against the monsters will be much more difficult, and every sword swing and spell used in combat is critical to your survival. If you make a single false move, you’ll end back on the title screen and need to load the latest auto-save. Therefore, playing on Death March comes down to ensuring you are well-prepared for nearly every encounter and using your potions, oils, and saves often.

A good way to prepare for each encounter is to read your Bestiary in the Glossary. Once identified by Geralt, every enemy you encounter in the game has a list of strengths and vulnerabilities that you can use to your advantage. For example, the Griffins are weak against Grapeshot bombs, Hybrid oil, and the Aard magical sign. All of these can be added to your gear set before you enter combat against these creatures, allowing you to use them to your advantage, regardless of how hard they can hit you. Of course, this goes for every monster you battle.

It also comes down to practicing the parrying windows in The Witcher 3. The combat can be challenging, but once you recognize the correct timing, stunning enemies is relatively simple. This leaves them exposed to a follow-up attack. You can practice this with more common enemies you find throughout the world as you explore the game. Not only will this make you better at parrying, but you’ll also build up tons of experience points to improve Geralt’s stats. Many players remark Death March is truly challenging at the start of the game, but after some runtime and some levels under your belt, it becomes more of a FromSoftware experience.

The final thing we recommend is to save often. Save before you accept a quest. Save before you leave town. Save before you fight against a small nest you find on the side of a road with monsters who have helpful resources. You want to save as often as possible and create multiple save slots on your file. This way, if you encounter a monster that you cannot defeat, you can always return to a save before you start a quest or to a time when you were in a town. You can then grab more resources for a critical potion or recipe you haven’t made yet. Saving is your best friend while playing Death March.

After that, remember to prepare for everything. Don’t be afraid to overstock yourself with resources to create helpful healing items, and always go out of your way to grab random quests while playing the game. Every experience point counts so you can make it to the next level, and don’t be afraid to hold off on doing a quest until later.