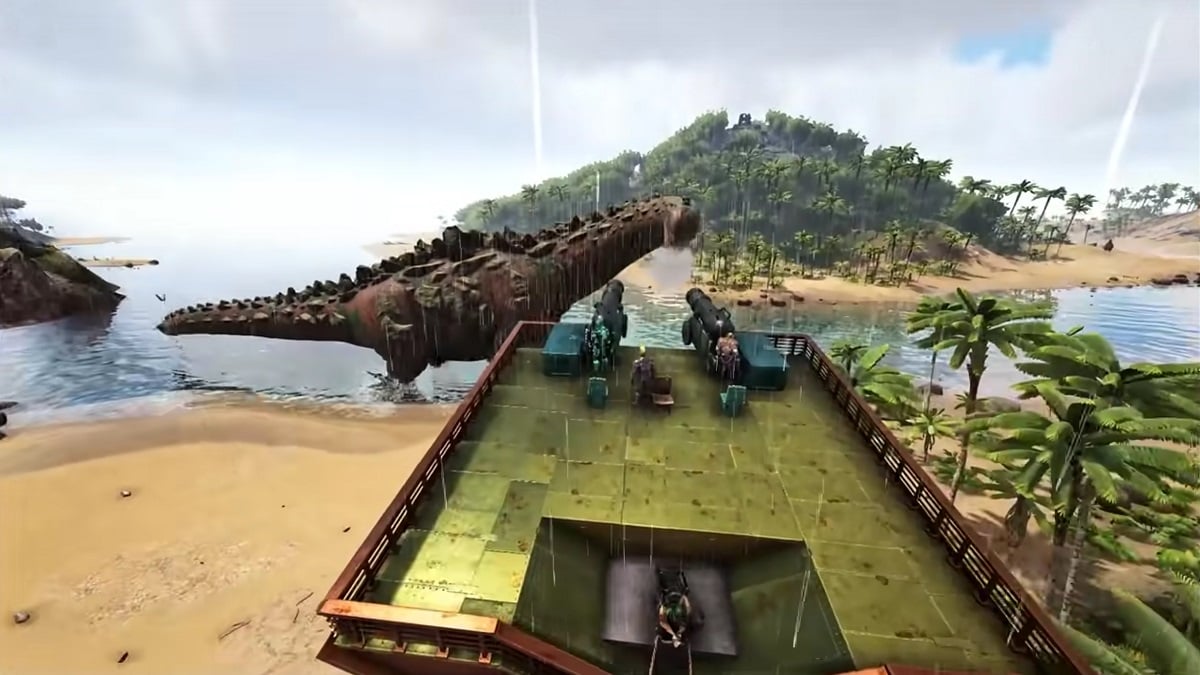 Titanosaur is a powerful beast and one of the largest creatures in Ark: Survival Evolved, dwarfed by only Rockwells, Titans, and Alpha Deathworms. Once tamed, Titanosaur is capable of wreaking havoc if used correctly. However, since the beast is huge, combating and taming it is not as easy as it may seem.

How to get Titanosaur

To tame Titanosaurus, you need to defeat it first, and it cannot be tamed through food or narcotics. Titanosaurus is usually a calm creature that doesn’t attack even when you approach it. However, once attacked, it completely shifts into combat mode and will start retaliating with hard-hitting attacks.

As one would expect, Titanosaurus boasts impressive base stats. It naturally spawns at levels 1-5 depending upon the server’s difficulty, and you cannot increase its level higher than that. However, a server admin can spawn Titanosaurus at a higher base level if needed.

Related: How to tame Fenrir in ARK: Survival Evolved

Once you encounter a Titanosaurus, you need to aim its head as its only weak point. You can use a Cannon, Catapult Turret, Ballista Turret, or Rocket Turret. However, be extremely careful if you use Ballista or Rocket Turret, as you might over attack and kill it completely. Using your choice of weapon, continue attacking Titanosaurus until it becomes unconscious without dying. Once unconscious, throw a saddle on it, and Titanosaurus will instantly be tamed.

Unfortunately, Titanosaurus cannot be fed any kind of food. As soon as you tame it, the beast will be functional for about 24 hours, after which it will starve to death. However, the time period is more than enough to make use of this majestic beast, so do utilize it efficiently. It is capable of destroying enemy bases within a short period and is certainly one of the best creatures in the game for causing havoc.