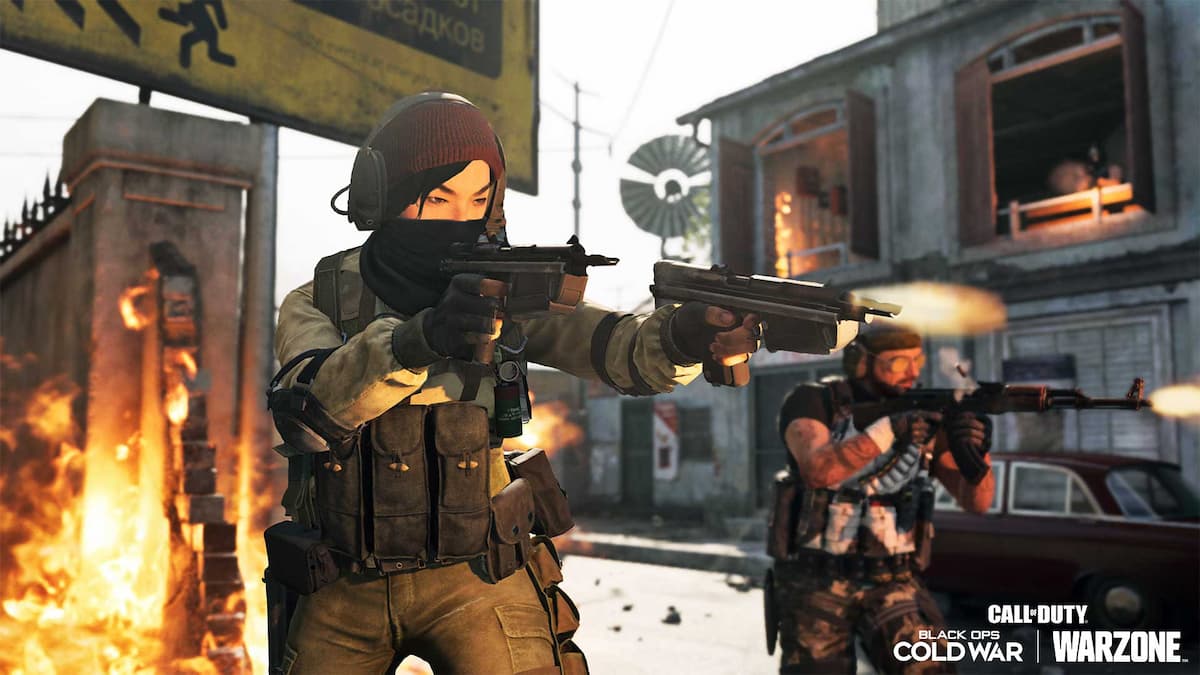 Veterans of the Black Ops series may remember the PM63 submachine gun in the original game, and now it’s back as a pistol called the AMP63. Is that fair? Possibly not. Regardless, this is a fully automatic weapon that is quite deadly at close range thanks to its high firing rate and damage output. For maximum effect, players can dual-wield these bad boys. Added as a late in-season addition to Season Three of Call of Duty: Black Ops Cold War and Warzone, players were able to test out the AMP63 in Zombies Outbreak and Gun Game.

While you are able to unlock the AMP63 by buying a Blueprint version of it in a Store bundle, you can also earn it by completing unlock challenges in Black Ops Cold War multiplayer, Zombies, and Warzone.

The multiplayer and Warzone challenge for unlocking the AMP63 reads, “Using a pistol, Eliminate 5 enemies in 20 different matches.” Unless you’re an absolute killer with the 1911 or Magnum — perhaps using the former during the initial chaos of a Warzone drop — the Diamatti will be your best bet for completing this challenge. With its burst fire, the Diamatti will kill enemies pretty quickly if your aim is true.

Remember that the challenge needs you to kill five enemies in “different matches,” meaning reaching 10 or more kills in a single match will still only count as one. Regardless of your preference of pistol, damaging an opponent with your primary and finishing them off after hot-swapping to your secondary is an easy way to rack up these kills.

You can also unlock the AMP63 through a Zombies-specific weapon challenge — the challenge reads, “Using Pistols, get 400 Critical kills.” You will want to go to Skills on your menu, Weapon Classes, and then Pistols. Upgrades II and V will increase your critical bonus damage for your pistols. Additionally, upgrading the Deadshot Daiquiri perk will help to increase critical damage, specifically tiers I and IV. Pack-a-Punch your pistol of choice and unload on Zombies.