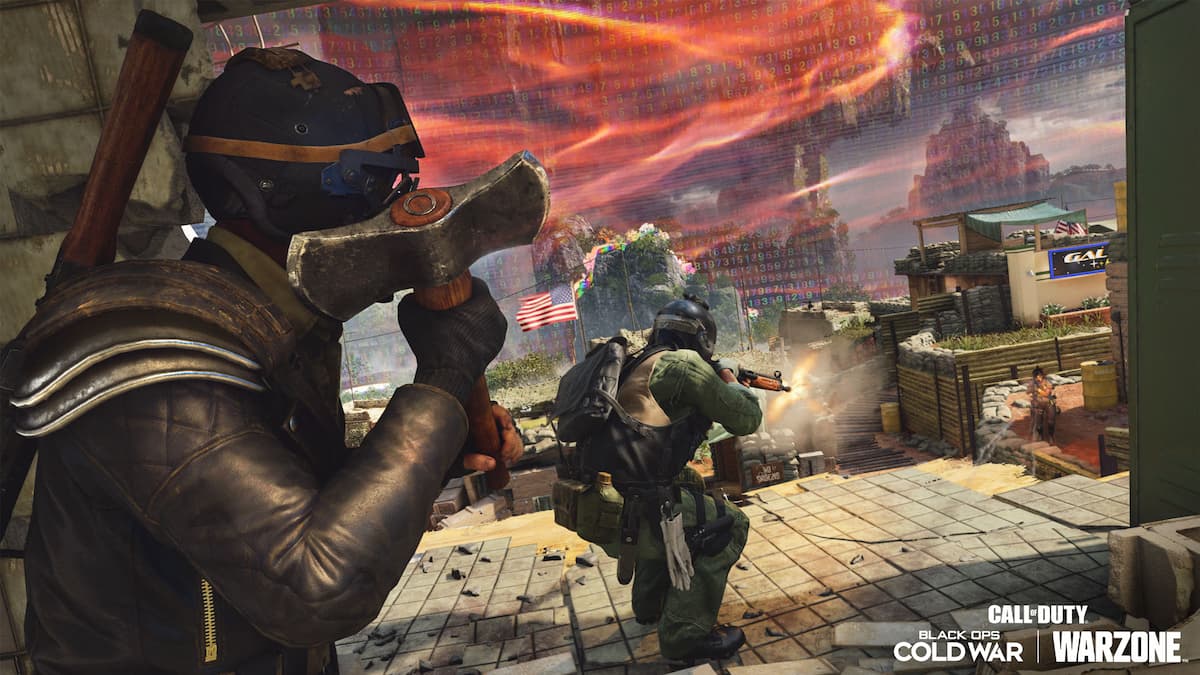 There are two different ways you can unlock the Battle Axe with gameplay in Call of Duty: Black Ops Cold War. The first is in Multiplayer or Warzone and will require you to be pretty flexible with your kills. You will need to get kills with a gun, a melee weapon, and a piece of lethal equipment in a single life throughout 15 completed matches. That means, go on at least a three killstreak in a game by shooting someone, meleeing another, and then bombing a third with a grenade or C4 in 15 different matches.

In Zombies, the Battle Axe will require you to kill 10 Abominations with primary melee weapons. Abominations are the two-legged, three-headed Margwas that appear in the Forsaken map when you first go through the Amplifier room and appear in other parts of the map starting at round 16. You will need the final hit on them to be from any melee weapon you either equip in your loadout or get from the Mystery Box. Knifing the enemy with a different weapon in your hand will not count.

If neither of the above options seems that good to you, but you really want the Battle Axe, you can buy The Berserker pack in the store for 1,000 CoD points. Included is a legendary blueprint for the weapon called the Barbarian’s Axe.