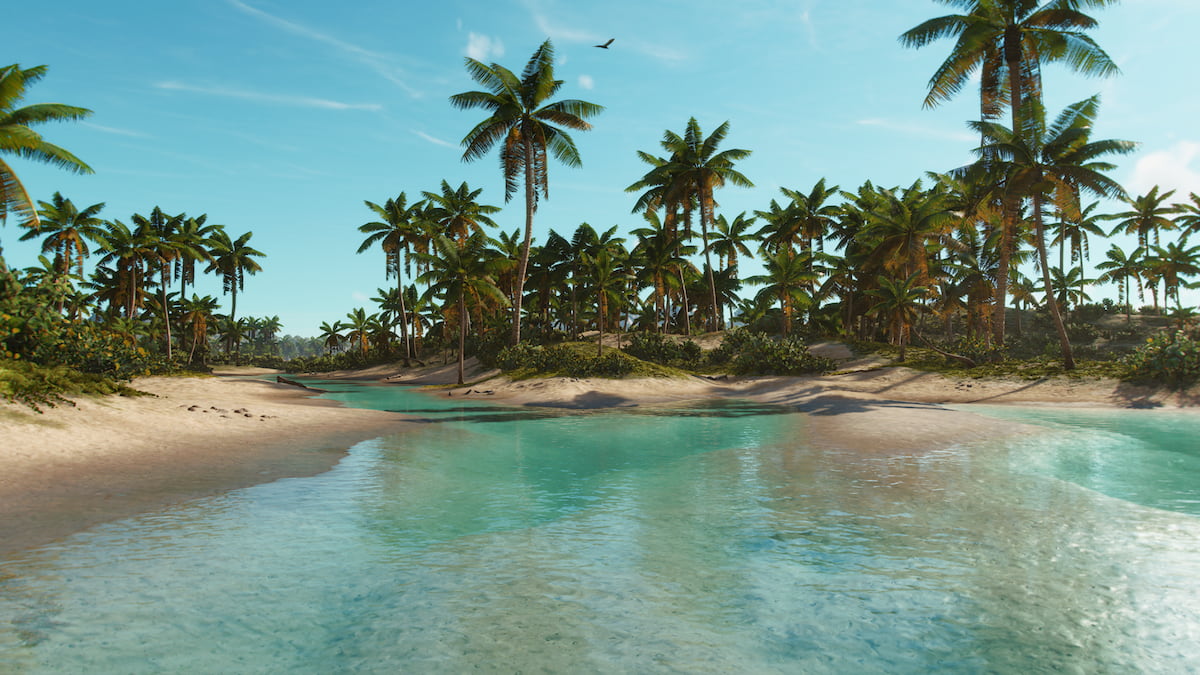 The Beginner’s Luck achievement in Far Cry 6 requires you to win a game of Dominoes. Unfortunately, this is a bit luck-based, but with some clever strategy, there are some things you can do to increase your chances of getting this 15G achievement. This is just one of the game’s 53 achievements, as well as one of the least valuable in terms of Gamerscore, but it’s still an essential unlock if you’re looking to get the completion. This article will cover everything you need to know to get it.

Before you can get this achievement, you’ll need to play through the game far enough to unlock the Monteiro Farm camp. This is part of the story, so it will come naturally. This camp will grant you access to cooperative missions, the black market, the workbench, and a lot more. It’ll also allow you to find El Tigre’s camp, which is where this achievement takes place.

The camp can be found on Promise Peaks in Sierra Perdida. Head out there and ascend the mountain up the footpath, bridges, and ropes until you reach El Tigre. This will take you a good few minutes, but once you’re up there, seek out the wooden stairs and follow them to a table, where you can find a group of four playing dominoes.

Approach the table and join in. The rules are simple, you’ll need to create chains by matching dots together. If you do not have any dominoes that can be placed to continue a chain, your turn is skipped, and the game finally ends when no player can make a move. At that point, the player who has the lowest value of dominoes left will win. If you can manage to use all of your dominoes, you will also win.

There are few strategies to keep in mind. For one, always play your double tiles early, meaning any tile that has two of the same number. They are often worth a lot of points and placing them doesn’t actually have any effect on the availability of the board, so they act as free tiles to get rid of.

Perhaps more importantly, always play your heavy tiles early too. In the event that you aren’t able to use up every tile, you’re going to want to be left with tiles that have small amounts of dots. Any chance you get to play a high-number domino, take advantage of it.

There is still an element of luck, as the achievement’s name would suggest. You may just get a bad hand and lose to the AI, but keep trying your hand at the game and eventually you’ll pull through and unlock Beginner’s Luck, and you’ll get some Yaran pesos out of it too.